A ruling party trying to ride nationalist sentiment to victory at the ballot box is hardly a novel concept. Benjamin Netanyahu in Israel and Recep Tayyip Erdogan in Turkey have been past masters of this political art form for years, albeit with increased signs of voter fatigue this year. If you do not have answers to voter queries about broken promises or unfulfilled expectations, then what better way to avoid answering than to wrap yourself in the national flag and declare yourself the sole protector of the realm. It is a campaign strategy that instils fear and division in the electorate alongside a strong dose of militaristic bombast towards a chosen enemy or enemies, internal and external. As Charles De Gaulle put it, "Patriotism is when love of your own people comes first; nationalism, when hate for people other than your own comes first."

At its very essence, the general election will be decided on the question of whether voters will give Prime Minister Modi the benefit of the doubt and thus another term. Knowing this, the Bharatiya Janata Party (BJP) has tailored its entire campaign around the persona of Shri Modi as the indispensable and irreplaceable leader without whom India's security and economic growth would be imperilled. A 'Modi Shining' campaign, so to speak. 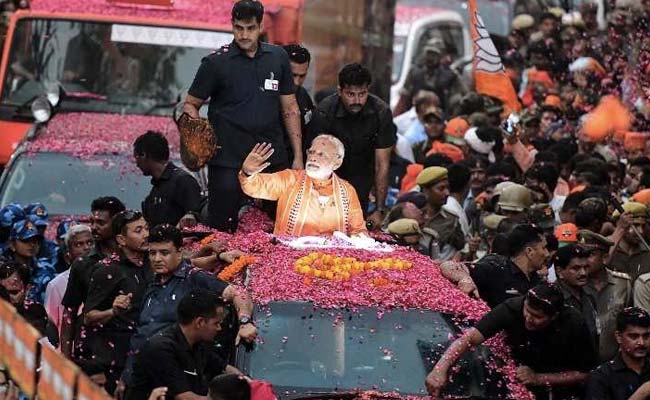 PM Narendra Modi at a mega roadshow in Varanasi, a day before filing his nomination

The 2014 elections were held in a context impossible to replicate with Modi being the perfect candidate in the perfect electoral circumstance promising the moon to receptive voters and gaining a record majority for his efforts. Not only did the BJP make an almost clean sweep of seats across north and west India, but it won the seats by significant margins, many by well over 2 lakh votes. Those margins will come in handy as the national trend reverts to normal this time around.

Therefore, while the ground was hospitable to a Modi Wave in 2014, during this election, the BJP is trying to artificially alter the somewhat unfriendly electoral context of a more united opposition and inevitable anti-incumbency with the narrative of Pulwama and Balakot. The BJP have 90% of the media going all out to help them in their endeavour to generate some sort of a mini-wave for Shri Modi. It's not quite so easily accomplished in a country with the size and complexity of India's electorate. The unspoken story of the election is the dramatically lower credibility of the media in the eyes of voters as a result of the last five years. I suspect it is why journalists on the ground are having such difficult finding anti-Modi voices to balance against the easily accessible Modi-chanting horde. After seeing the attack on Arvind Kejriwal the other day in open daylight in the nation's capital under the noses of the police, anti-Modi voters are going to be as difficult to find for reporters as the Yeti. They will speak at the voting booth. 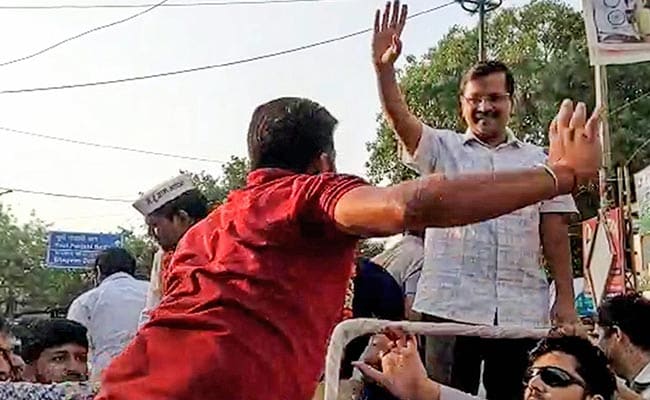 Despite the outrage after the Pulwama attack, there is no existential feeling of panic or fear that pervaded after 26/11 and currently prevails in Sri Lanka after the recent attack. The PM has tried to rope in Pakistan to the electoral narrative but Imran Khan has cannily evaded falling for the bait and allowing himself to be painted as a Musharraf-like villainous figure for the BJP to take electoral advantage of. This likely limited the propaganda effects of Balakot and Pulwama to enthusing core Modi voters and the party cadre who may have been dispirited after losing three state elections in December. Which is no small thing but not quite the electoral game-changer that some have been suggesting.

Furthermore, to take advantage of the nationalist sentiment post-Balakot, an earlier and more compressed election schedule would have been advantageous, instead of the interminably lengthened and never-ending election schedule that we have been saddled with instead. I suspect by the time Punjab, Haryana, and eastern Uttar Pradesh vote on May 19 in peak summer temperatures, nationalist sentiment will be far from voters' minds.

Relying almost entirely on a nationalist campaign message, as the BJP has done, is a very risky strategy. If it clicks, the electoral payoff can be substantial; however, if it misfires, the reverse is equally possible. A video that went viral last week show the sitting MP from West Delhi, when faced with a voter questioning his record, responding by sloganeering "Bharat Mata ki Jai!" as a response. Earlier, BJP mascot Anupam Kher resorted to the same slogan when reporters asked him to defend his wife's record as MP in Chandigarh. This blatant and clumsy strategy may satisfy BJP voters but the floating voter that decides elections could see things very differently indeed.

Then we have the Prime Minister himself who has seemed intent on flinging insults and accusations by the dozen at the nearest opposition leader, depending on which state he happens to be in, while also trying to appropriate the mantle of Commander-in-Chief. No talk from him of "acche din", jobs, demonetization or other such touchy subjects that may be of actual interest to the voters. In 2014, he visibly grew in confidence and stature with each successive stage of the election. In this election, the reverse is happening; he started strong in the afterglow of Balakot but since then his speeches have steadily descended to such a display of desperation that this past weekend, he actually appeared to be mocking Rajiv Gandhi's assassination. It is difficult to see how the PM thought it would be in the interest of the BJP for him to insult Rajiv Gandhi in Pratapgarh, a constituency neighbouring the Gandhi family's last remaining pocket boroughs in UP of Amethi and Raebareli, two days before they voted. Clearly a blunder, which is bound to happen when in the unrestrained throes of a nationalist mindset. 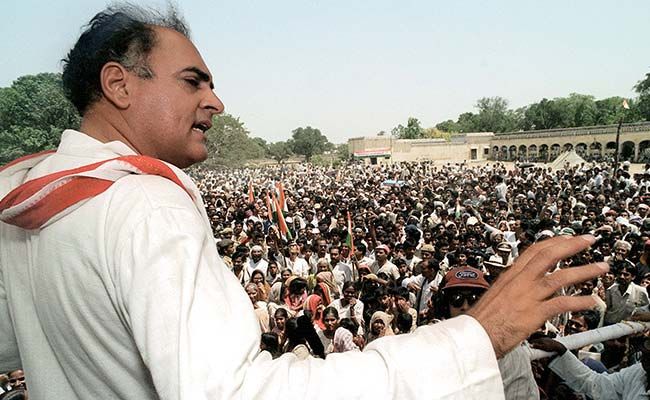 Underlying their nationalist politics, Netanyahu and Erdogan had the bedrock of strong national economies that give them the credibility to play the strongman for voters. Despite what Mr Jaitley would have us believe, our economy has been on a downward spiral since Shri Modi decided to pull the plug with demonetization on that fateful November day in 2016. The rural economy and the unorganized sector have yet to recover. All the fudged economic data and buried job reports will not help BJP members of parliament who have to face the ire of farmers in rural constituencies. The collapse of Jet Airways halfway through the election, poor corporate earnings reports, an ever-increasing NBFC crisis, and the prospect of increased oil prices are all issues that the next government will have to confront. India will need a cabinet of competent ministers functioning as a team if it is to ward off these troubles after May 23. Competence in the BJP ranks was bare to begin with and candidates like Sunny Deol and Pragya Thakur are hardly going to fit the bill.

The illusion of nationalism may get you re-elected, but it certainly will not create jobs or feed stomachs.