Mamata Hasn't Delivered Much For Bengal. Take A Look.

Wherever one's political sympathies lie, most would agree that what seemed a few months ago like an easy walkover for the ruling Trinamool Congress (TMC) in the ongoing assembly elections in West Bengal has turned into an engrossing electoral battle.

The Left Front rode to electoral success in West Bengal on the issue of land in 1977 - land reform and the registration of sharecroppers. Ironically, its fall three decades later was triggered by a land-related issue - land acquisition for industry took its toll in terms of human lives and the livelihoods of displaced farmers, and snuffed out dreams of industrialization in Nandigam and Singur. By then, the success of the rural reforms of the early years of the Left Front had long petered out; de-industrialization and flight of capital due to misguided government policies had created an alarming unemployment problem; and the erosion of various civic and educational institutions due to political interference had created a widespread hunger for change.

The TMC led by firebrand leader Mamata Banerjee rode to power in 2011 on the plank of parivartan (change), promising a corruption-free governance (relying largely on her personal image as the symbol of honesty) and a revival of the state economy by attracting investment, both domestic and international. In the ongoing assembly elections, the government is fighting for a renewal of the mandate; ironically, the main election issue that has emerged is corruption, thanks to the Saradha chit-fund scandal and now, the Narada sting operation. Also, the main investment the state of West Bengal has attracted in the last five years, sadly, seems to be the funding of the Narada-sting operation.

Those sympathetic to the ruling government will point out improvements in road maintenance and certain aspects of civic services, higher revenue collection, and a number of pro-poor schemes such as distributing subsidized rice to the poor, the kanyashree scheme for girls, and bicycles for girl students. It is quite possible that these welfare schemes have created a vote bank among the rural poor that is unlikely to be swayed by corruption scandals or law and order problems that urban voters are more sensitive to.

While scandals and controversies dominate political discourse during election season and have their morbid entertainment value, electoral outcomes are determined by the individual decisions of millions of ordinary voters. To get a sense of how they might behave, one needs to look at more objective indicators that affect their daily lives.

Has there indeed been any change in the economic fortunes of the state under the TMC government, and if so, is it for the better or worse? Let us focus on the most obvious economic indicator: per capita income. If we restrict our attention to the 19 major states with a population of 1 crore or more, West Bengal's rank was 11th in 2011. In 2014, the latest year for which data are available for all states, the rank remains the same. 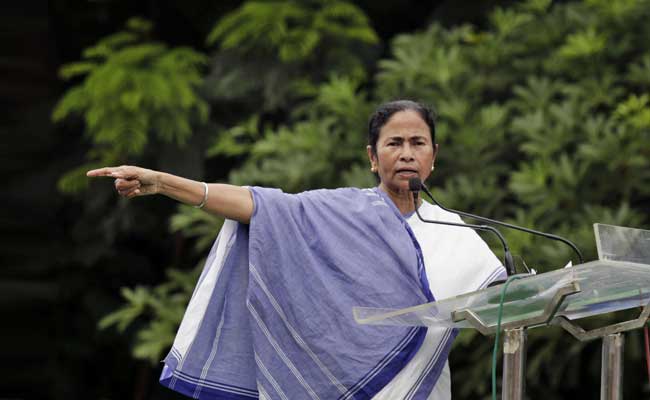 Chief Minister of West Bengal Mamata Banerjee delivering a speech during a rally by the students' wing of Trinamool Congress party in Kolkata in August, 2015 (AP photo)

It is fair to say that it may be difficult to change a state's relative ranking in just five years. Therefore, let us see how the gap between the per capita income of West Bengal and the All-India average has changed between 2011 and 2014. This is a more continuous measure in which small but positive changes would get reflected, something that is not true for ranking. After all, despite the impressive growth performance of Bihar under Nitish Kumar, its ranking among states still remains the same.

This shows there is little evidence that there has been an overall economic turnaround in the state under the TMC government. How does this reconcile with the fact that if we look at the growth rate of per capita income during 2011 to 2013, West Bengal grew at a rate of 5.5% while the country grew at an average rate of 3.3%? Some commentators have indeed made favourable comparisons between the growth rate of per capita income in West Bengal and the national average under the TMC government.

However, such claims do not seem tenable. First of all, West Bengal's average growth rate was no different in the preceding period (2005-2010). Second, given that West Bengal's per capita income is lower than the national average - having a higher growth rate is not that remarkable. After all, for a student who scored 40 out of 100 in an examination, an increase of 4 is a 10% improvement while for a student who scored 80, it is "merely" a 5% improvement. Given the gap between the state's per capita income and the all-India average, its growth rate would need to be higher by 3 percentage points for a period of five years to merely catch up with the all-India level.

Admittedly, per capita income and its growth are only two of many possible economic indicators. It is, however, beyond the scope of this piece to do a comprehensive analysis. In any case, for some indicators (such as poverty), data limitations prevent a comparative analysis over the relevant period, namely, 2011 and 2014. For those indicators that we can find comparative data, there is little evidence of change. For example, the Niti Ayog website provides comparative data on certain health indicators over the relevant period, and we see that there has been no change in the relative status of West Bengal with respect to the All-India average in terms of infant mortality rates or neo-natal death rates.

The available evidence therefore points to very little indication of parivartan. Indeed, we are reminded of the old saying that the more things change, the more they remain the same. The real problem seems to be that both the Left and the TMC have focused on redistribution, paying little attention to income generation. But the problem with redistribution without income generation is that in the end it is a zero-sum game, not very different from Ponzi-schemes like the Saradha. At some point the music stops and it all ends in tears.

(Maitreesh Ghatak is Professor of Economics at the London School of Economics, and his main area of research is development economics.)