The Rajya Sabha elections are pure political flex. And the 16 seats which were contested (the others were elected unopposed) turned into a midnight thriller with the BJP clinching victories in three of the four states involved and posting an upset in Maharashtra.

The Congress had a dream run in Rajasthan with all three candidates crossing the finishing line. The victory reinforces the management and leadership of Chief Minister Ashok Gehlot at a time when his younger rival, Sachin Pilot, wants to replace him as the state's top boss. Gehlot emerged beaming from the party office. "Jadu" (magic) tweeted his top aide, Shashi Kant Sharma, a compliment that references the fact that Ashok Gehlot's father was a professional magician.

Despite the established, long-running rivalry between Ashok Gehlot and Sachin Pilot, a united effort ensured that they did not lose one of the Congress' three seats to Subhash Chandra, the owner of the Zee media group.

The BJP had backed him for re-election, making it clear that they expected a section of the Congress to cross-vote. Subhash Chandra was even more direct, issuing public appeals to Sachin Pilot and his faction. Huge public burn. 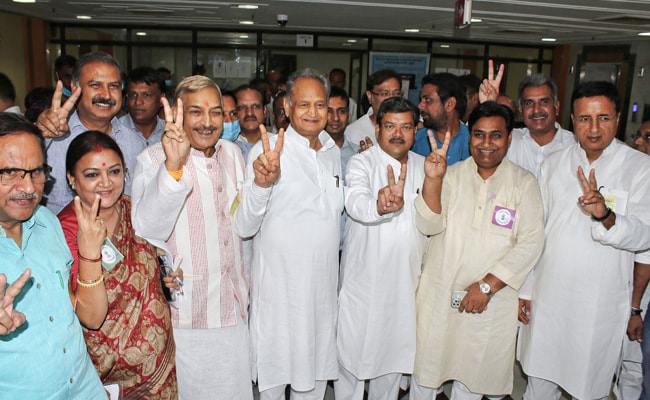 A united effort by the Congress in Rajasthan ensured that they did not lose any of the three seats.

Ahead of the election, Ashok Gehlot had forced all Congress legislators into a resort with a shelter-in-place strategy to ensure they didn't stray. It is a play he has made before, and it continues to work for him. Impeccable timing because it helps him extend his lien on the post of Chief Minister till the elections are held in December this year. It also reiterates why Sonia Gandhi, his party President, has so much faith in him.

In Haryana too, shelter-in-place was also adopted by Team Hooda, but the Congress was lost both the seats up for election the BJP took one and a BJP-backed independent took the other. Party leaders Bhupender Singh Hooda and son Deepender were bested by an angry Kuldeep Singh Bishnoi, son of former Chief Minister Bhajan Lal, which meant that media owner Kartiyeka Sharma has scored a Rajya Sabha pass. His election comes at the cost of Ajay Maken, a close aide of Rahul Gandhi, who had celebrated his victory with the customary laddus and victory tweet, which he was forced to delete when he learnt that he had lost by two votes.

Kuldeep Bishnoi, who cross-voted, was angry at being overlooked in the recent reconfiguration of the Congress in Haryana. He was supposed to meet Rahul Gandhi before the election, but was smarting because that meeting got cancelled. Kuldeep Bishnoi tweeted this morning that he knew "how to kill snakes and wouldn't leave the jungle for fear of the snakes". 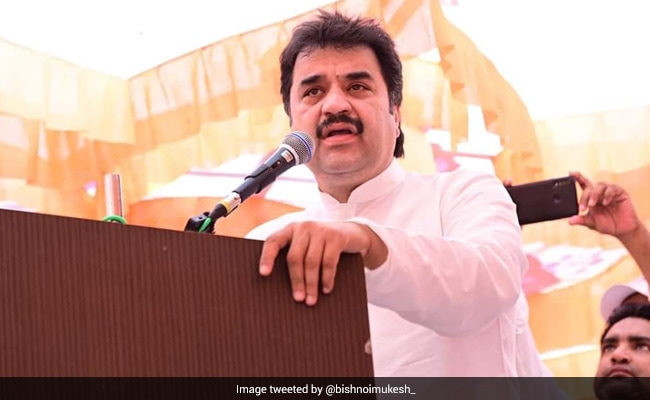 In Maharashtra, the coalition government headed by Uddhav Thackeray and mentored by Sharad Pawar ran into trouble. It tried to win four seats, but managed three. The BJP, which was guaranteed two seats, win a third on account of the management of former Chief Minister Devendra Fadnavis. Two MLAs were extremely ill but showed up to vote. Devendra Fadnavis publicly credited them for the victory.

Much was made by Uddhav Thackeray and Sharad Pawar of the "culture of Maharashtra" in their appeals, but Thackeray's lackadaisical approach, which saw him interacting with the voters (MLAs) only after Pawar pressed the panic button, did them in.

Pawar, who never likes being on the losing side, and is a champion at oblique moves, promptly distanced himself from the loss of ten votes which switched over to the BJP. 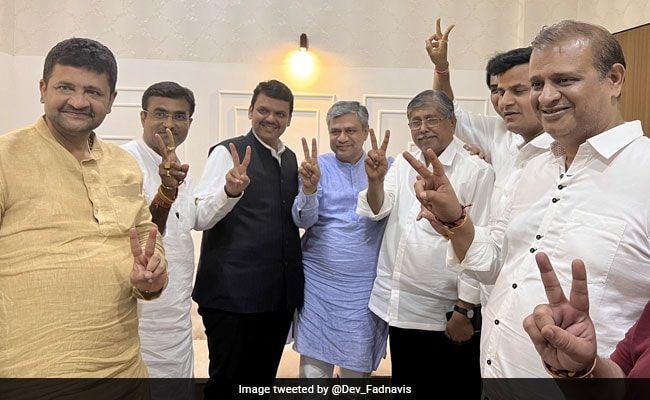 The BJP won three of the six seats in Maharashtra.

Among those elected from the BJP is Union Minister Piyush Goyal who publicly thanked Devendra Fadnavis. Team Thackeray should be nervous about the potential impact of these elections on those to be held lasted this year for the powerful and rich municipal corporation of Bombay.

The victors from the government were Sanjay Raut of the Shiv Sena, Praful Patel of the NCP, which is Sharad Pawar's party, and Imran Pratapgarhi of the Congress. None of the Maharashtra Congress leaders were remotely enthused by the last as a candidate, though he was endorsed by Priyanka Gandhi.

Karnataka saw the Congress land one seat for Jairam Ramesh. The BJP won three, including that of Finance Minister Nirmala Sitharaman. Jaggesh and Lehar Singh. Here, the debacle was centred around Devendra Gowda's JDS - the regional party could not win even one seat and a JDS MLA who cross-voted claimed to "love" the Congress.

Child Labour: How Long Can We Fail Our Children?