The first thing I asked Frank Islam when I met him at his luxury suite in a seven-star hotel in Delhi was about his family's ancestral home in Azamgarh. At the risk of sounding parochial, there was an immediate kinship with the 63-year-old, also a fellow Azmi. He belonged to my neighbouring village in Azamgarh, the constituency of Samajwadi Party patriarch Mulayam Singh Yadav.

But Azamgarh ought to be famous for far bigger reasons - as the land of Shibli Nomani who set up the iconic Shibli college and poet and progressive writer Kaifi Azmi, a land of culture and education before it was associated with questionable politics and underworld gangsters.

Frank Islam, who owns one of the biggest mansions in Maryland in the United States where the Clintons, among other prominent Americans have dined, moved to the US in his teens to study after having been identified on the AMU campus as a bright student. He started his career with just about 500 dollars in his pocket and one employee. "This country allows you to dream and let you fulfill it, however big it is. I am proud of my Indian roots that have been an able contributor in the future of America and the Indian-American dream," he says with a twinkle in his eyes.

Islam was in the news early this year when he donated two million dollars to build a new building for the school of management at the Aligarh Muslim University, his alma mater before he moved to the United States to build a multi-million dollar IT empire. 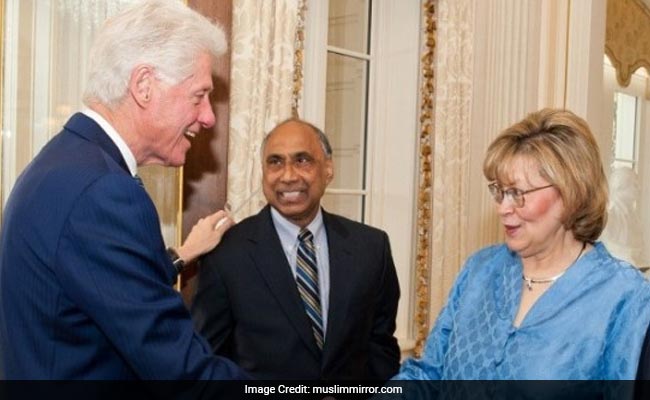 Currently, however, Islam earns headlines as a significant face of Hilary Clinton's team, one of the few Asian faces driving her rather successful campaign against the Republican Presidential candidate Donald Trump. In his active support for top-rung Democrats Barack Obama, Joe Biden and the Clintons, and as a White House regular, Islam has raised millions for the Clinton campaign in the current cycle.

Can one call him the minority face of Hilary Clinton's campaign, I ask in an email conversation, to which he replies "No one should construe that I am the minority and Indian face of Hillary Clinton's campaign. There are minority faces of all types - African-Americans, Latinos, Indians and others - involved in her campaign. I am proud of my involvement, and I am pleased that there are so many other Indian-Americans who are actively involved as well."

Another diplomatic response comes in when I question him about Hilary Clinton's expectations of PM Narendra Modi as the leader of a conservative party, and if she has any reservations regarding him and the attitude of American and Indian Muslims towards him.

"Secretary Clinton is extremely popular with minorities and the Democratic Party is not a conservative party but one that has advocated aggressively for and done extremely well with minorities dating back to the presidencies of John F. Kennedy and Lyndon Baines Johnson," he said. 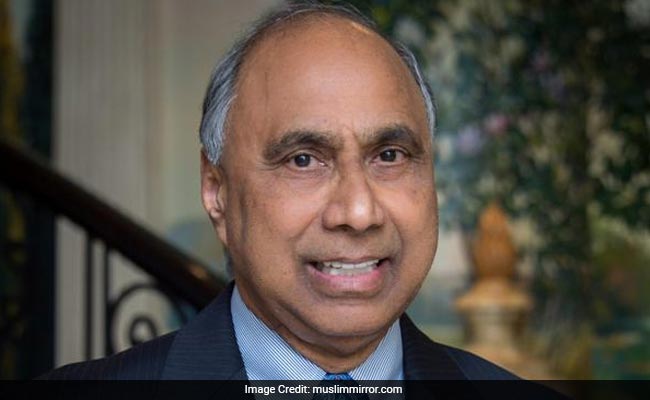 Frank Islam moved to the US in his teens to study after having been identified on the AMU campus as a bright student.

He deliberates on Donald Trump's regressive and racist remarks in his presidential campaign, and believes that Indians should not give much attention to those or the promise to rid America of immigrants and outsiders.

"Trump is not a representative of the American dream and is expressing the views of a minority segment of the American population. The turnout for the Republican primaries is about 20% of registered voters, of which he has received in total less than half of the votes cast. This means he is getting only 10% of Republican voters. As far as Secretary Clinton is concerned, I am confident that she will devote considerable attention to deepening economic cooperation between the United States and India; establishing collaborative initiatives and partnerships between the two countries in health care, higher education, and clean energy; and strengthening defense and security cooperation. In a phrase, when she is President, I believe that Hillary Clinton will make India an indispensable partner dedicated to making the United States, India and the world a much safer and saner place for all."

In the past, industrialists Lakshmi Mittal who has had strong ties with the Clintons, Aron Govil and Sant Singh Chatwal have been prominent in strengthening Indo-American business and industry and have also added to the glamour quotient by introducing the White House to link with events based on Indian cinema, culture and arts.

However, Islam, who is keen on strengthening Indian-American ties, believes it's the Education and Health sector in India that he wants the United States to focus on. Islam who was honoured with a doctorate by the Aligarh Muslim University this year wants to repay India and be an inspiration for young students to aspire where he has reached today. On his recent trip to India, at an award ceremony where he honoured achievers from the minority community he asked students and youth to write to him as he was most accessible for those who had similar dreams like him. 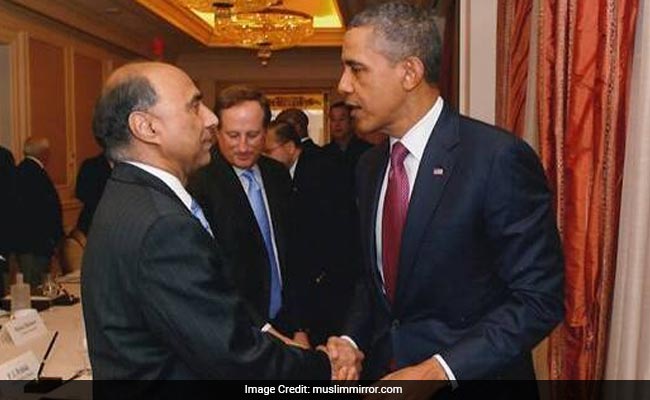 US President Barack Obama appointed Frank Islam to be the General Trustee of the Board of Trustees of the John F. Kennedy Center for the Performing Arts

If Clinton does emerge the winner, chances are Islam will be a major Indian representative in the White House scheme of things. From Azamgarh, where he was born in a peasant family to working for Obama, he also has a message for the minority community in India that he belongs to. In one of his interviews while receiving a doctorate from Aligarh Muslim University, he said "I know that the young Muslim generation confront hostility and open prejudice because of who they are. They see a dark and desperate world. They share a city but not a community. They share a common dwelling but not in a common effort. They share a common fear. But all of us in this country, Hindus and Muslims or anyone, or any other what I consider a religion or race, we lived together in a peace and harmony for a thousand years; we should set aside our differences to work for a shared goal, shared responsibility and shared sacrifices. So I told the Muslim youth, all of them, get an education, become an entrepreneur, give back to your community and your country, and be inspired by my story."

(Rana Ayyub is an award-winning investigative journalist and political writer. She is working on a book on Prime Minister Narendra Modi, which will be published this year.)