By Deriding Rahul, Modi Proves He Is Rattled By Him

Two questions about Rahul Gandhi: is he PM material? And is Modi scared of him? During the campaign in Karnataka, Rahul Gandhi said that if the Congress party wins, then he is ready to be PM in 2019. This was immediately ridiculed by PM Narendra Modi and his right-hand man, BJP chief Amit Shah. Modi said it was an insult to democracy whereas others mocked Rahul Gandhi saying that there will be no vacancy for him to fill.

A few of my friends said that Rahul Gandhi had yet again committed a mistake by projecting himself as the Prime Ministerial candidate and now Modi and his team will reduce him again to "Pappu". I beg to differ. Gone are the days when Modi and his social media team could demolish Rahul Gandhi. Yes, I agree that Modi and his team launched and rode Operation Pappu very successfully before and right after the 2014 election when Modi's popularity was at its highest, he was seen as the new messiah and the Congress was a sinking ship flooded with corruption charges.

But today, Mr Modi is suffering from a serious credibility crisis. His misunderstanding or misrepresentation of history and non-performance have put a question mark over his leadership. In the last four years, he could not rise to meet the expectations of the people. People believed him in 2014, but not any more. Now his only hope of coming back to power lies in his capacity to polarise voters along communal lines. On the other hand, after a serious credibility crisis, Rahul Gandhi has risen in stature in the eyes of the people. He looks more confident, more sure of his emotions, especially after the Gujarat elections. He is ready to experiment with new ideas. His decision to visit temples and his intent to flaunt his Hindu-ness initially did not go down well but now it seems to be a good political move to blunt the attack by the RSS that the Congress only cares about Muslims. In fact, even among the intellectual class, he is now being taken more seriously. 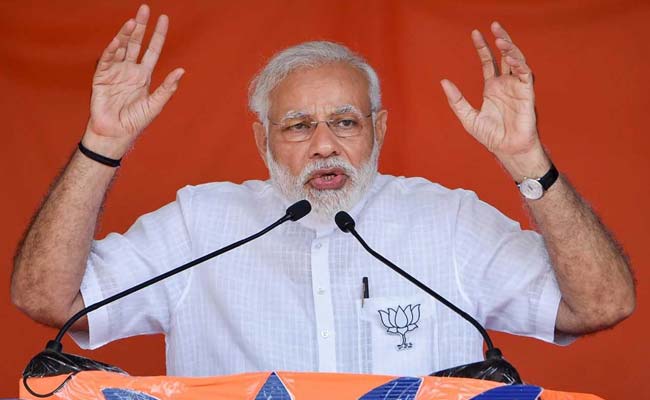 This transformation is the most important turning point in his career as a political leader. Whether one likes it or not, Rahul Gandhi in the last few months has emerged as a very forceful challenger to Modi who now appears very sensitive to his attacks. Ideally, Modi would have ignored Rahul Gandhi's statement about him being ready to be PM. But he could not. That itself is proof that Modi no longer takes him lightly. Modi is a master of communication. He is probably the only leader at the national level along with Arvind Kejriwal who understands the power of communication and language which connects directly with the people. He could not ignore Rahul Gandhi's statement because he realised that Rahul Gandhi is developing a connect with the people and if he succeeds, then he will be a real threat to Modi in 2019. So he decided to react and react sharply. It was an effort to neutralise the perception which it could create in the future - of Rahul Gandhi being seen as a credible challenger. The attack in the coming months will be sharper to prove that he is not ready to be PM and voting for him will be a great risk to national security.

This shows that Rahul has succeeded in engaging Modi and his entire team on a one-on-one basis: they are replying to him and not the Congress. He is effectively Modi's counterpart. 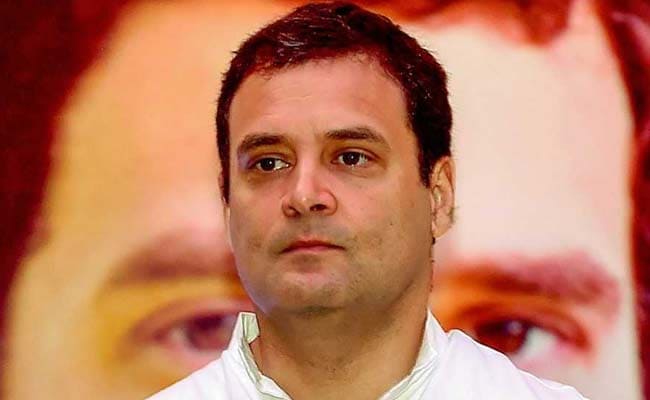 This again is testimony to Rahul Gandhi's growing confidence and risk-taking capacity. After this statement, Rahul Gandhi should be ready for a closer scrutiny. The media will minutely dissect every move of his and every statement that he makes; a minor mistake will be magnified. But if he aspires to be the Prime Minister, he should be ready to face all kinds of situations and scrutiny.

In my opinion, Rahul Gandhi and his team want it that way. They are ready to pitch him for the bigger battle and are willing to be compared with the incumbent Prime Minister. This has three advantages: he will be seen as the real challenger; it will also kill all kinds of ambiguities about who will be the prime ministerial candidate of the combined opposition; finally, it will end the theme which Modi and his team thrive on - about there being no alternative to Modi. The question "who after Nehru?" had benefited the leader in election after election. Similarly, the whispers of "who after Indira?". But the country knows that India did not stop after the demise of Nehru. Shastri proved to be a worthy successor. This country saw a great leader in Indira Gandhi who transformed from "Goongi Gudiya" she was known as. After Rajiv Gandhi's death, Narsimha Rao, a political lightweight with no political capital, ignited transformative changes in the country and if today India is respected for its economic growth, the credit should go to him. Similar was the debate during Vajpayee's time, but India decided to junk him in 2004. Manmohan Singh, a most unlikely man for the top job, succeeded him and India did not disintegrate. But today we are living in the digital age, where perception management is important to win elections. Word now travels faster and decisions are taken in split seconds. It is in this context that Rahul Gandhi has gambled to place himself at par with Mr Modi. If he has allowed himself to be compared to Mr Modi, then it also opens up the space for Mr Modi to be compared with his challenger.

This leads to an interesting scenario. 2019 will be like the US- style presidential election. The people of India will have the choice of making a considered opinion on whom to vote for. Mark my words that this won't be a one-sided affair. This will be very bitterly fought; this will be a gladiatorial battle. This election will bring out the worst amongst us.