Budget Signals No Achhe Din For Those Looking For Jobs

All budgets are associated with a sense of resources being scarce and there being trade-offs among competing ends. However, unlike individuals or organisations, government budgets are different. The most obvious reason is that the government constitutes a huge part of the economy. For example, in the latest budget, government expenditure is 13%, and according to latest available figures, overall government debt is 70% of national income. Moreover, one can avoid dealing with an individual or a firm whose policies are unsound or financial health is poor, and even let them slip in(to) the red, no one has an option to ignore the government (evasion or avoidance is a separate issue). As the saying goes, there are no certainties in life other than death and taxes.

To evaluate the current budget that was presented earlier today, it is helpful to break it down into three major types of consequences:

First, there is a direct and purely redistributive aspect - via taxes, subsidies, and expenditures, some win and some lose right away. For example, a lot of commentary immediately after each budget centres around "corporate-friendly" vs "populist", "pro-poor" vs "pro-rich" measures. 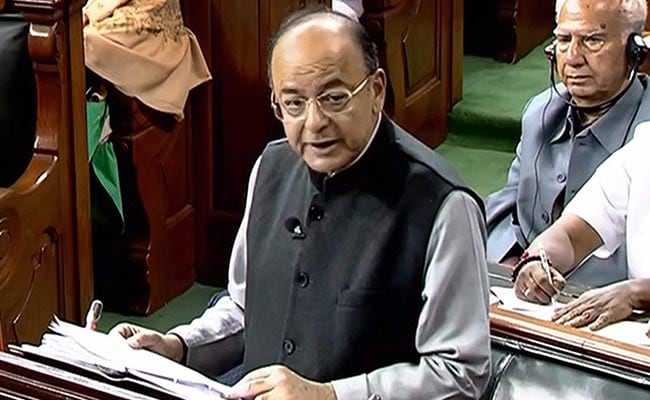 Second, it involves allocations for provision of public goods and services that benefit everyone. Whether it is infrastructure, the environment, state capacity to provide better governance such as law and order, or health and education, current budgetary allocations can have a long-term effect on our economic potential and the quality of life of citizens.

Third, the budget has a direct impact on the macroeconomic health of the economy. Budgets have macroeconomic consequences. For example, a rise in the deficit will create inflationary pressure and raise interest rates, and this will have negative impacts on private investment, employment generation, and income growth.

Any instantaneous discussion of the budget is subject to the obvious limitations of not letting the dust settle and the fine print becoming clear. With that caveat, one objective measure of the economy's response to the budget is how the stock market reacts. At the time of writing this, the Sensex fell marginally supposedly due to the re-introduction of 10% tax on long term capital gains (LTCG) on gains amounting to Rs. 1 lakh or above. In contrast, last year it had risen by 1.76% at the close of trading, the highest post-budget rally since 2005. This is a welcome move. A recent Oxfam report noted that the richest 1% account for 73% of the wealth generated in 2017, while the poorest half saw their wealth rise by just 1%. There exists no explanation for taxing salaries or interest earned on savings accounts or fixed deposits, but not touching capital gains at all other than the lobbying power of the rich. We hear about the evils of "populism" all the time. It is time to mention "elite capture" each time that word is uttered. Markets are about who has money, but democracy is about the entire people after all.

Another aspect of the budget that deserves praise is the focus on expanding healthcare. According to the plans announced, each family will be covered under the new National Health Protection Scheme (NHPS) that would allow them medical reimbursement for treatment at hospitals up to a maximum of 5 lakhs every year. The proposed coverage is 100 million families, which would work out to about a third of all families. Of course, how the vast increase in expenditure will be funded in a fiscally sound way, and how the implementation of the programme will materially affect the quality of health care of ordinary citizens is not clear at this stage, but it is a welcome statement of priority.

Also welcome is the attention paid to the distressed farm sector and the enhanced outlay on railways. However, among the specific policies announced for the farm sector, those that focus on infrastructure are good.

But raising the minimum prices offered to farmers for crops is not a good policy as it leads to over-production and wastage and is also regressive - it benefits richer farmers who produce more, and so receive more subsidies. In contrast, early reports suggest that the budget for MGNREGA is the same as last year. The distress of the farm sector is real, but to deal with it, spending money is not enough; how it is spent and who it reaches are equally important.

Even though the budget deserves praise from the redistributive and investment-in-public-goods points of view, on the macroeconomic health aspect, the budget opens itself to some obvious criticism. The fiscal deficit target of 3.2 percent of deficit to national income was missed and a revised target of 3.5 percent has been set. Given that oil prices have started rising, this contributes to the inflationary pressure. Moreover, as always, the largest item in the expenditure side is interest payments - in this year's budget, it is 24% of total expenditure. Just to give a relative sense, this is twice that of the size of the next biggest expenditure item - spending on the military and more than four times the third-biggest expenditure item, the food subsidy bill.

However, the budget fails to address the biggest economic problem of our times - that of creating jobs. Without employment generation, one cannot deal with the problem of poverty by redistribution alone, nor can one have the fiscal base for a sustained increase in expenditure on infrastructure or welfare. Given the promise of creating 10 million jobs and the vast size of the pool of the unemployed, with the growth rates projected to stay less than 7% by the Economic Survey, where will acche din come from without employment generation? In a country where the median age is 28, no economic policy, populist or realist or idealist, can ignore this demographic.