Establishment Of 'Brahmin Development Board' Proposed In Karnataka Budget

Presenting his Congress-JD(S) coalition government's first budget in the assembly HD Kumaraswamy proposed to assign Rs 25 crore for this purpose. 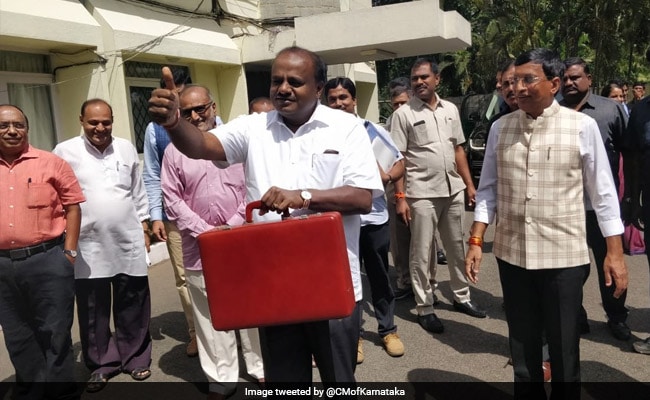 The Karnataka government has proposed to establish a 'Brahmin Development Board' for development of economically backward people of the community.

It is also planning to celebrate the "jayanti" of 8th century Advaita philospher Adi Shankaracharya, Chief Minister HD Kumaraswamy announced in the 2018-19 state budget presented by him.

"It is a long time demand of the Brahmin Community to provide assistance for the development of economically backward people in the Brahmin community," said Mr Kumaraswamy, who also holds the finance portfolio for the state.

Presenting his Congress-JD(S) coalition government's first budget in the assembly, he said it was proposed to establish the 'Karnataka State Brahmin Development Board' for the purpose of development of economically backward people in the Brahmin community and provide Rs 25 crore for this purpose.

Pointing out that Adi Shankaracharya was a towering personality in the religious tradition, he proposed that Shankaracharya Jayanthi shall be celebrated all over the state.

The budget also proposed a well-equipped yoga centre to be established at Sri Kanteerava Studio Premises at Bengaluru in memory of Kannada thespian Rajkumar, whose memorial is also located in the same city.

A fan of Rajkumar, Mr Kumaraswamy has credited the veteran actor for his attraction to cinema from his college days that later drove him to the business of film-making and distribution.

The budget also proposes to provide capital of Rs 30 crore to open a Film University at Ramanagara with private partnership.