BJP Compromises A National Event To Settle Score With Maharashtra

As India gears up to celebrate its 71st Republic Day this month with the President of Brazil as the Chief Guest, the central government has yet again chosen politics over the national celebration. Republic Day is a celebration of our constitution and the union of states in the great Republic envisioned by our forefathers when they fought for India's Independence from the British. On this day, states are given an opportunity to put their best foot forward in front of national and international dignitaries through their state tableaux. Hence it was surprising that the government-appointed panel rejected the tableaux of three important states such as Maharashtra, West Bengal and Kerala.

A quick recall of the past controversies over the Republic Day will give the reader an insight as to how the BJP government has made it an event to score political brownie points and continues to attempt to snub the opposition on important national days. In 2015, Arvind Kejriwal, the then Chief Ministerial candidate of AAP, was not invited to the occasion; he was engaged in a bitter political battle with the BJP for the Delhi election. In 2018, when the national election was approaching, then Congress President Rahul Gandhi who was leading the charge against the Modi government was made to sit in the sixth row. The tradition of the BJP of playing politics over the nation is now the template of every Republic Day. While it displays small-mindedness on the part of the government, it also grossly undermines India's federal structure. 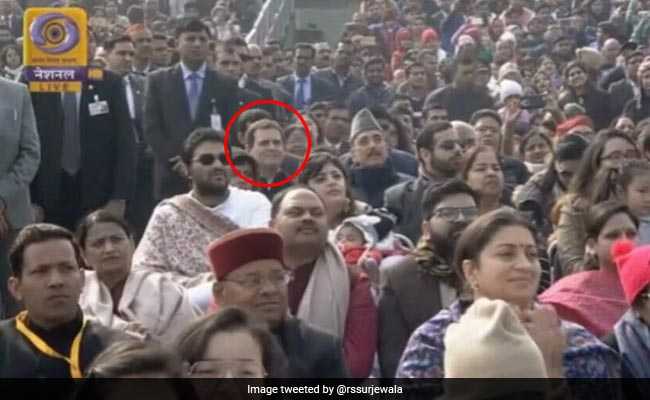 No marks for guessing why this could have happened. Kerala and West Bengal have been at loggerheads with the centre and the BJP, on various issues and both states have seen unrest due to the constant tussle between the centre and them. The BJP, in a bid to increase its footprint in both states, hasn't made it very cordial either. It is not a coincidence that both these states will be up for elections next year. The reason cited for rejecting West Bengal's tableau is that it had proposed to showcase its successful Kanyashree scheme, similar to the centre's Beti Bachao, Beti Padhao programme.

In Maharashtra, the nation witnessed the BJP's aspiration to become an all-consuming party which will not spare even its allies to build its own base. They were thwarted in the state because of the coming together of the Maha Vikas Aghadi; till then, the BJP had left no stone unturned, including installing a 72-hour Chief Minister in the state, by bypassing all constitutional norms. After being slighted in the state, it is becoming obvious that they will make the state-centre relations tenuous at best.

Maharashtra has been winning awards for its tableau for years now - it won in 1980,1983, 1993, 1994, 1995, 2015 and as recently as 2018 for depicting the coronation of Chhatrapati Shivaji Maharaj. This year, Maharashtra had sent four proposals - on the 175-year-old journey of theatre in the state, the 350th anniversary of the naval fleet set up by Maratha ruler Kanhoji Angre, the story of Maharashtra's traditional wear and the centenary year of Geet Ramayana designed by the JJ School of Arts - yet it could not make it to the list. 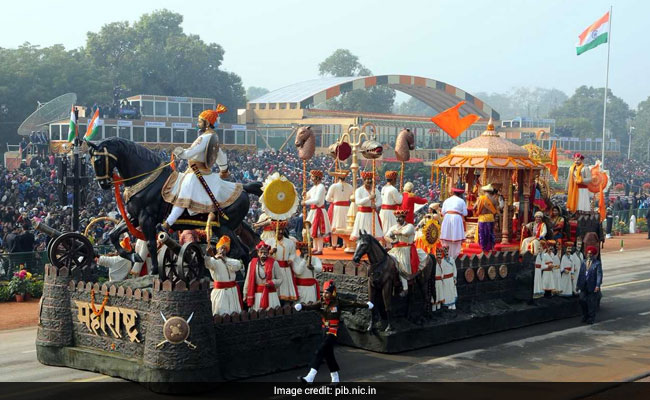 The Ministry of Culture and Ministry of Defence have clarified that they are bound by the panel that shortlists which state will get a chance and that Maharashtra was kept away earlier too. The question then needs to be asked about why a state that has been at the forefront of development, culture, India's all-important freedom movement and consistent winner is being snubbed. Isn't it an insult to Maharashtra's rich legacy and history? Citing rotation among states is a convenient excuse to hide behind especially after the political developments that have emerged in the state.

This decision comes at a time of protests and resistance across the country to the CAA and NRC which attack the constitutional structure that defines the nation. Today, the constitution stands at the risk of being compromised and the government, instead of opting for confidence-building measures, is busy exercising its power to settle political scores.

Let this be another reminder to the government that this selective targeting is not a loss for these states but a loss of face for the BJP that has reduced a day of national importance, a day dedicated to the cooperative spirit of federalism, to that of increasing its own political relevance in these states.

The JNU Attack Shows What Should Alarm Us - And What Next