"May you all safar. Dedicated to all the wanderlust travelers and sufferers," wrote Yashraj Mukhate 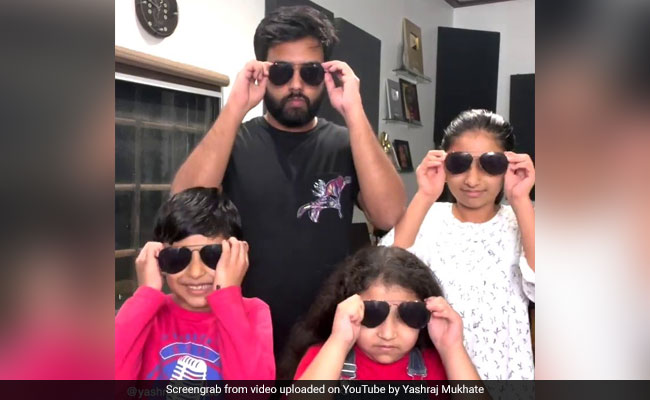 Yashraj Mukhate is back with another song - and this one is dedicated to all those who love to safar. No, that's not a typo on our part. Nor is Mr Mukhate talking about the nature of human suffering. The safar here actually refers to the Hindi word for travel, but you will get a clearer idea of that once you watch the hilarious video accompanying his song.

For his latest music video, music producer Yashraj Mukhate teamed up with Sheherzade Noor Peerzada, whose bio describes her as an actress and comedian. Ms Peerzada is the woman behind the popular "Baji Bombastic" character who also features in Mr Mukhate's remix. In the video, the character of Baji Bombastic begins by giving viewers a glimpse of the hill station she is currently holidaying in, before saying: "Bahut pyaari jagah hai, bahut lovely hai (It's a beautiful place.)"

"Main bas safar kar kar ke hi yahan pe aayi hun (I travelled to get here)," she goes on to explain. "I love to safar," she adds.

The video then cuts to Mr Mukhate dancing as "I love to safar" plays in the background.

"May you all safar. Dedicated to all the wanderlust travelers and sufferers," the music composer wrote while sharing his latest creation on Instagram. Watch it below:

Since being shared one day ago, the video has collected over 1.7 million views and thousands of amused comments.

"Hahah we all love to suffer! I mean there is no option but to..." remarked musician Rochak Kohli.

Yashraj Mukhate shot to viral Internet fame last year when he remixed a scene from the TV show Saath Nibhaana Saathiya to give it a musical twist. Since then, he has created several other short music videos, each of them racking up millions of views online.