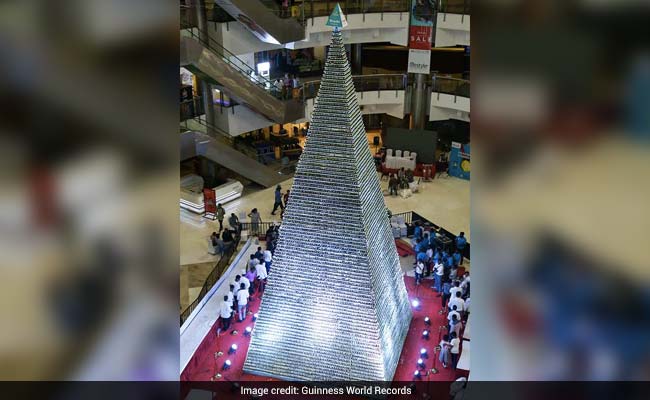 A new world record for the tallest tower of cupcakes was set in Chennai recently. According to Guinness World Records, the record was attempted by Preethi Kitchen Appliances and Food Consulate Chennai. Made with 18,818 cupcakes, the massive tower measured 41 feet and 8 inches.

All the cupcakes used to create the tower were baked on site. The attempters created the cake mixture, then baked, iced and decorated the cupcakes on site before placing them on the huge pyramid structure. The entire operation took a dedicated team of workers about 30 hours to complete, and the tower was assembled at the Forum Vijaya Mall. 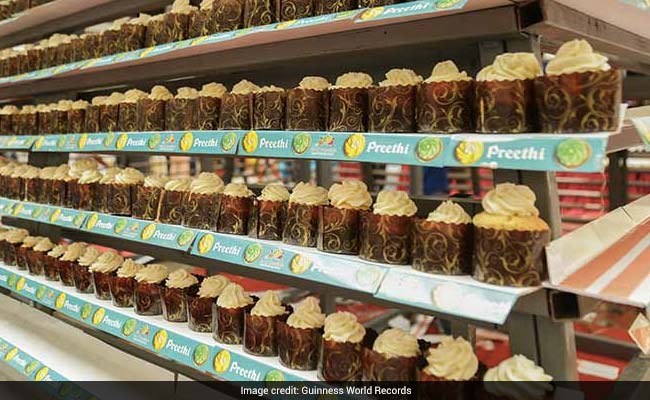 "Each cupcake weighed 70 g, bringing the weight of the cupcakes alone to a hefty 1.3 tonnes," wrote Guinness World Records in its statement.

After the tower was measured by a Guinness World Records Adjudicator, the cupcakes were distributed at NGOs across Chennai.