For Captain Ruchi Sharma, sky is not the limit. 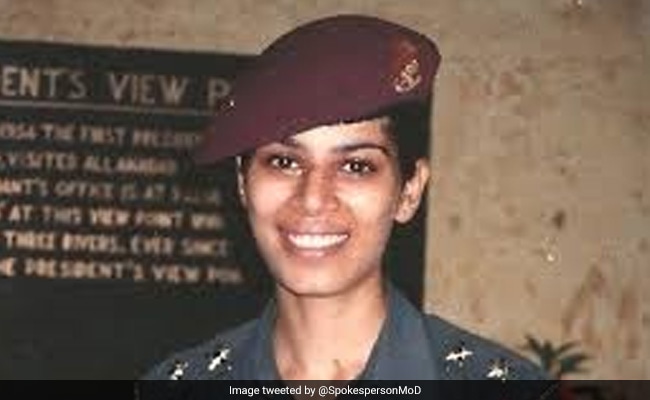 Earlier this week, Prime Minister Narendra Modi asked his Twitter followers to share with him stories of inspiring women using the hashtag #SheInspiresUs. Many responded to his appeal with tales of extraordinary women doing extraordinary work – and one such story to emerge from these tweets is that of Indian Army's first operational paratrooper, Captain Ruchi Sharma.

Captain Ruchi Sharma joined the Army in 1996 and qualified to become the first woman operational paratrooper. A paratrooper is a military parachutist trained to jump from planes using a parachute to land at a designated spot. Paratroopers are often used in surprise attacks during war.

"I was ready for combat and as an individual I think women should be given a chance to take up combat arms," said Captain Sharma to Tribune India. "I am not even saying that men and women have equal physical strength. Having women will result in a good, healthy institution."

Her story was shared by the official Twitter account of Principal Spokesperson, Ministry of Defence. "Capt Ruchi Sharma, first operational paratrooper of the #IndianArmy. She still motivates women of all ages to serve the country," they wrote.

Sky is not the limit
Capt Ruchi Sharma, first operational paratrooper of the #IndianArmy. She still motivates women of all ages to serve the country. #WomensDay#IWD2020#EachforEqual#SheInspiresUspic.twitter.com/PJYVOo9FNP

Captain Sharma served the Army in 2003. Hers is not the only story of courage that has come out on social media after PM Modi's appeal. The #SheInspiresUs hashtag has also inspired people to share stories of women smashing stereotypes and glass ceilings with their work. Some of these stories were shared on Twitter by MyGovIndia, the Government of India Twitter account dedicated to citizen engagement.