Woman Poses With Octopus On Face, Ends Up In Hospital 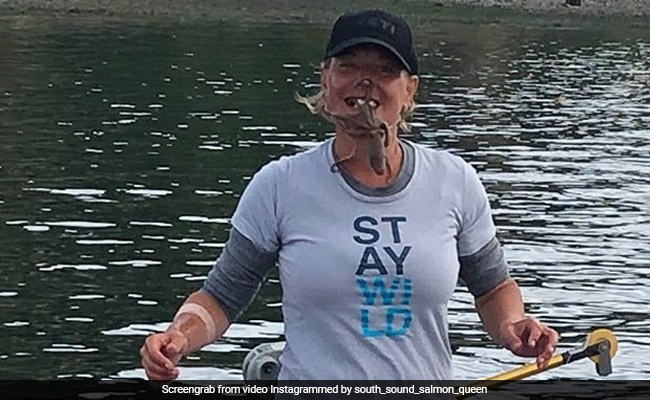 Jamie Bisceglia posed with an octopus.

When Jamie Bisceglia decided to put an octopus on her face, she was hoping for a funny picture. Instead, it earned her a lot of pain and a trip to the emergency room.

According to Fox News, the 45-year-old from Washington was participating in a fishing derby near the Tacoma Narrows Bridge last Friday when she met some fishermen who had caught an octopus.  She decided to take a picture with the octopus for the derby's photography competition.

"It was a photo contest in the derby. So, crazy me, hindsight now and looking back, I probably made a big mistake," Ms Bisceglia said to Kiro 7.

So, with a wide smile, hands outstretched, she put the octopus on her face - who then proceeded to bite her.

According to New York Post, Ms Bisceglia was bitten twice during the photoshoot by the juvenile Pacific octopus. She shared the photographs online:

Can you say CRAZY ????! Yes, that is an octopus ???? on my face!! I didn't know they had a beak that they can inject into you. Well it happened to me. Ouch ????????! My chin is swollen up and would not stop bleeding and now it's just oozing. But, I'm going to cook it for dinner! LMFAO Great day on the water! #southsoundsalmonsisters #yeti #southsoundsalmonqueen #octopus

"All of a sudden its beak entered my chin and my eyes popped open wide and they could all see that I was getting attacked, and the photos are taken at the moment it was attacking me," she said to Fox News.

Though the octopus left her with intense pain and bleeding that lasted for half an hour, Ms Bisceglia didn't go to the hospital until two days later, opting instead to continue fishing at the derby.  A bad decision, by all accounts, as it left her face swollen and numb.

According to Kiro 7, she is now on three different antibiotics, a swollen face and a rash on her chin.