"I will have nightmares from seeing this," wrote one Facebook user. 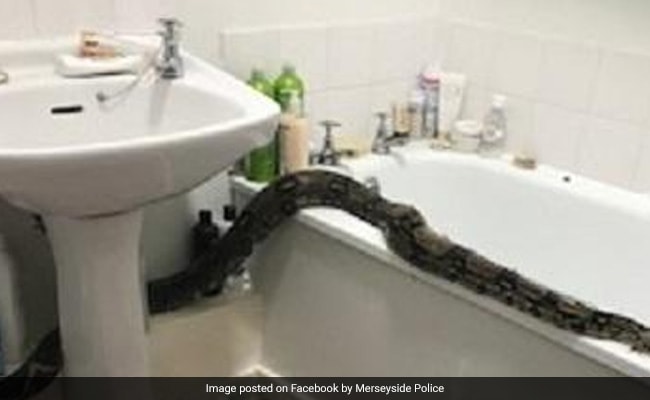 A woman found a boa constrictor in her bathroom.

A UK woman was left shocked after finding a huge snake in her bathroom. In a Facebook post on Monday, Merseyside Police revealed that officers were left flabbergasted when they were called to a flat on the Wirral to reports of a snake in the bathroom.

On reaching the property in the town of Birkenhead, they found themselves confronted by an 8-foot boa constrictor - one of the largest snakes in the world. Their name comes from their preying habits as they strike at the prey before constricting it till death.

Merseyside Police said in their statement that neither the woman nor her neighbour knew where the snake had come from. They said that the incident took place on December 30, 2019, but only shared two pictures of the huge snake on Facebook yesterday - one which shows it curled up on the sink and the other where it is spread across a bath tub.

The post has collected a number of stunned responses. "If that was in my bathroom I think I'd cry," wrote one person in the comments section. "I will have nightmares from seeing this," said another.

The snake was eventually captured by Constable Eastwood.

"He was able to calmly approach the reptile, which had wrapped itself around the bathroom sinks and taps, and after giving it a drink of water was able to coax it to unravel itself so that he could put it into a large, safe container," police said.

The boa constrictor has been temporarily rehomed at a local pet rescue facility and is doing well.