The animal control took the scorpions and now plans to return them to their native Croatia. 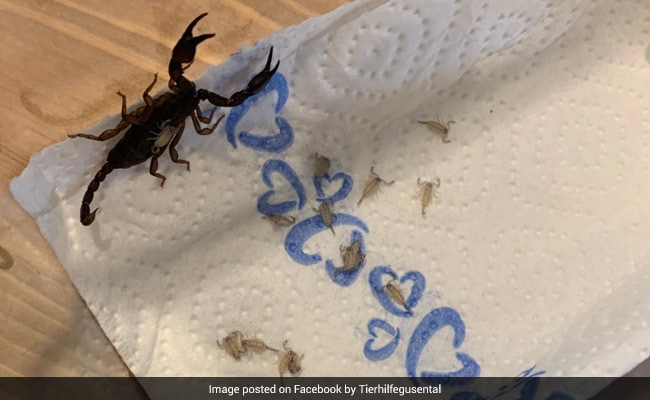 This is the third case of scorpions from Croatia ending up in Austria.

A woman in Austria got the fright of her life when she found 18 scorpions in her suitcase after returning from a vacation in Croatia.

According to Newsweek, the woman from Natternbach was unpacking on Saturday after returning home when she spotted a family of scorpions in her suitcase. She found 18 live scorpions in the case, apparently a mother and her babies.

Taking to Facebook, the Tierhilfe Gusental, an animal rescue service, said, "This afternoon we were contacted by a lady from Natternbach because blind passengers had settled in their luggage on their Croatia trip."

"Scorpio with cubs to be exact. The animals were secured and handed over to us. They are currently in the Linz animal shelter until they start their return journey," the organisation added.

Citing local media Upper Austria News, New York Post reported that the animal control took the scorpions and now plans to return them to their native Croatia. An animal control staffer stated that the stingers "could probably multiply well in Austria but they don't belong here".

As per reports, this is the third case of scorpions from Croatia ending up in Austria. Last month, a woman from Linz discovered a stinger in her apartment, also following a vacation in Croatia. The woman had already been at home for three weeks when she made the terrifying discovery.

Scorpions are part of the class Arachnida and are closely related to spiders, mites and ticks. There are around 2,000 species of scorpions, but only 30 to 40 of them have venom strong enough to kill humans.

Also Read | Man, Woman Get Married In Karnataka. 30 Years After Their Death.

There are only a few different kinds of scorpions that are found in Croatia, and none of them are life-threatening. However, their stings can still cause pain, swelling, itching, redness and burning sensation, the outlet reported.