A video is going viral on social media where a woman can be seen feeding curd rice to a stray dog at a railway station in West Bengal. 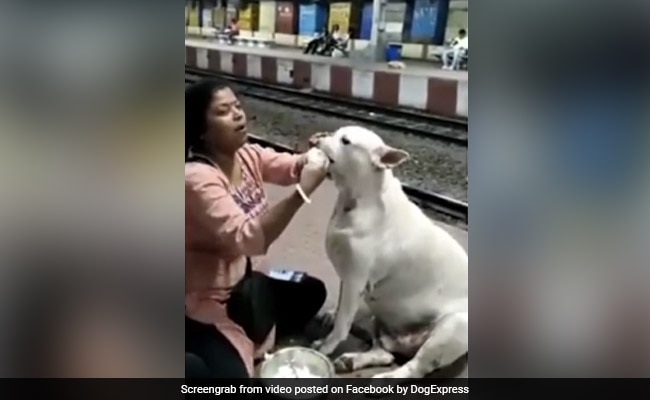 A video is going viral on social media where a woman can be seen feeding ‘curd rice' to a stray dog. The video is captured at a railway station in West Bengal.

The unnamed woman has been praised by people on social media for her sweet gesture towards the animal. The video has shared on Facebook page of DogExpress and other platforms.

The woman is seen picking up curd rice from her bowl, making small balls and feeding the white-coloured dog with her own hands. The dog's expression thanking her have also been beautifully captured.

"Thank you Maam, you're really an example of giving love, care & compassion. Huge respect for you," a user commented. Others posted emojis and GIFs saluting the woman.

Stray or feral dogs are ones that have escaped from or been abandoned by their owners, or have never been owned. They face daily hardships just to survive. But some people, like the woman in the video, make their lives easier by offering food, water or shelter.

The State of Pet Homelessness Index data for India in a report in 2021 revealed that there are around 6.2 crore stray dogs and 91 lakh street cats in India.