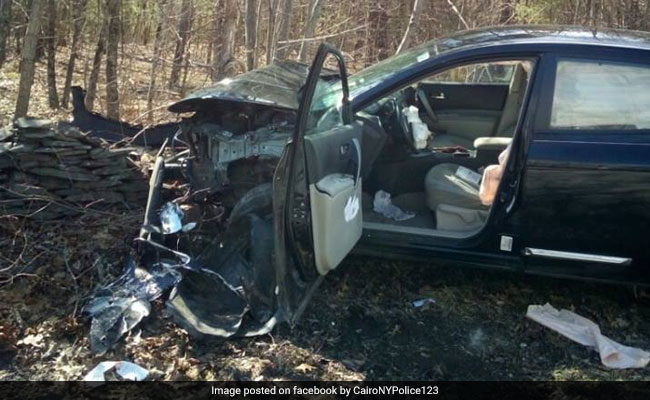 A photograph from the site of the car crash.

A woman in New York paid a big price for a small spider. The unnamed woman let her arachnophobia get the best of her when she spotted a spider inside the car, panicked and crashed her vehicle, said the Town of Cairo New York Police Department in a Facebook post. In the process, she injured her leg. The accident occurred on Wednesday.

According to Fox News, the woman lost control of her car after spotting the spider and crashed it into a stone barrier.

Sharing pictures from the scene of the crash, police wrote: "It is believed that the operator of the vehicle noticed a SPIDER in the driver's area with her as she was driving. The operator panicked and crashed suffering a leg injury from the crash." 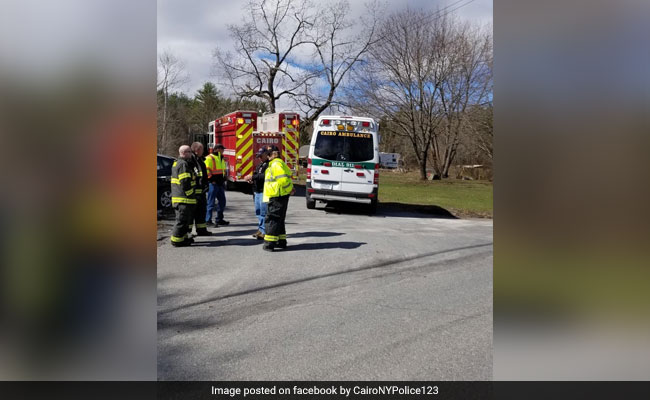 Since it was shared online, the post has collected many hilarious comments from people who could really identify with the woman's arachnophobia.

"For safety measures should probably burn the car too. Just to make sure it's really dead," joked one person in the comments section. "I can laugh and laugh and laugh at this story all day long. I'm so glad the driver is ok and I'm not laughing at her," said another. "I have panicked with a spider that came down in front of me, Thankfully I didn't crash," a third recounted.

Many also sent wishes for the woman's quick recovery, while the police used the incident as a teaching opportunity and wrote: "We know that it is easier for some drivers than others but PLEASE, try to teach new drivers and yourselves to overcome the fear and pull over to a safe place. Lives depend on it."

This isn't the first time that these eight-legged creatures have cost people a lot of misery and money. In 2018, there were at least two incidents of people burning their houses down while trying to get rid of a spider.

Dog Steals His Brother's Food. The Way He Says Sorry Will Melt Your Heart