As Steffi Graf prepared to serve, an anonymous spectator screamed "Steffi, will you marry me?" 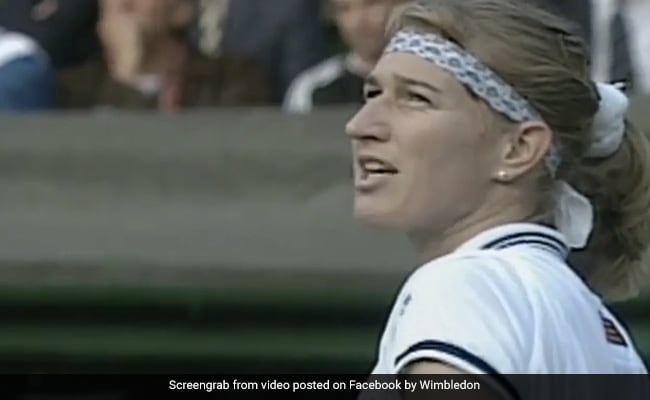 Steffi Graf once famously received a marriage proposal on court during Wimbledon.

Tennis legend Steffi Graf, who turned 52 this week, received thousands of birthday messages from fans across the world, but among the posts highlighting her impressive career, one particular video stood out: the time that Steffi Graf received a marriage proposal on-court. In 1996, Steffi Graf was famously proposed to by a fan as she was getting ready to serve. The match was the Wimbledon women's singles semi-final between Ms Graf and Kimiko Date.

As Ms Graf prepared to serve, an anonymous spectator screamed "Steffi, will you marry me?"

The stadium erupted in laughter, and even Steffi Graf couldn't suppress a smile. Her comeback, after a short pause, was so hilarious, it has gone down the annals of Wimbledon history. "How much money do you have?" she asked the fan, drawing more laughter from the crowd.

On June 14, as Ms Graf celebrated her 52nd birthday, footage of the marriage proposal went viral on social media again. The official account of Wimbledon, which is all set to begin later this month, shared it on their social media pages and wrote: "Remembering an iconic proposal on the day our seven-time champion celebrates her birthday."

On Facebook, the video racked up over 2.6 million views and spread to other platforms as well.

Reactions were similar on Twitter, where many praised the 22 Grand Slam-winner's sense of humour.

I am sure her response will leave you in splits like it did with the crowd at the Wimbledon ????????????#SteffiGraf

And in case you are wondering, yes, Steffi Graf went on to win the match and the championship. She has seven Wimbledon singles titles to her name.

This year, the tennis tournament is scheduled to take place between June 28 to July 11 at the All England Lawn Tennis and Croquet Club in Wimbledon, London, UK.