Chris Albon, director of Machine Learning at Wikimedia, tweeted about the unusual surge in traffic 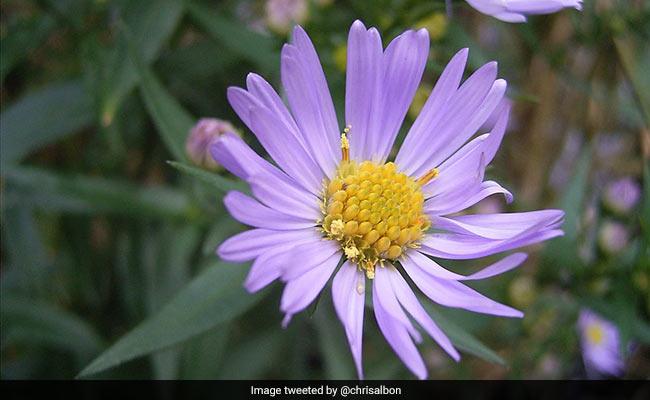 A Wikimedia image of a New York aster is getting 90 million hits per day.

A photo of a pretty but otherwise unremarkable flower is mysteriously getting 90 million hits per day - all of them from India. The Wikipedia image of a New York aster has seemingly become a hit in India - and the reason may have something to do with the TikTok ban in the country.

The image in question is hosted on Wikimedia Commons, which is an online repository of free-use images, sounds, other media which can be freely used and reproduced. It shows a purple flower that is commonly found in the meadows of northeast America.

A post on Phabricator - a collaboration platform open to all Wikimedia contributors - highlights that the image gets about 90 million hits per day from various ISPs in India.

Chris Albon, director of Machine Learning at Wikimedia, tweeted about the unusual surge in traffic on Tuesday. "Check out this actual, live ticket about an ongoing mystery. 20% of all requests to one of our data centers for media are for this image of a flower," he wrote.

"Nobody knows why," Mr Albon added.

How transparent is Wikimedia?

Check out this actual, live ticket about an ongoing mystery. 20% of all requests to one of our data centers for media are for this image of a flower. Nobody knows why.https://t.co/IHrzpKGVbjpic.twitter.com/Cbw6pC9txd

The Phabricator post deemed the traffic surge as "very strange", writing: "These are very strange, as they come from wildly different IPs, follow a daily traffic pattern, so we are hypothesising there is some mobile app predominantly used in India that hotlinks the above image for e.g. a splash screen."

Want to check it out yourself? The analytics are public.

2. Change the agent to “spider”

A graph of pageviews reveals that before June 8, the flower got a few hundred views each day. Numbers jumped to 2,154 on June 9, according to The Vice. By June 30, the flower image was getting more than 15 million hits daily.

It is noteworthy that the surge in traffic occurred after the TikTok ban in India. TikTok and several other Chinese apps were banned on June 29, 2020.

People investigating the mystery of the purple flower hypothesized that the image was being used by one of the various apps that cropped up after the TikTok ban in India.

Mr Albon later confirmed that the traffic was coming from a popular mobile app in India.

"We noticed that the image/app gained popularity somewhere around the time India blocked Chinese internet services and websites," reads a statement he shared. Investigators started downloading and running various applications to see if they could identify the image and managed to find the specific app that was making the request by matching the time when it was opened and the time the image was requested from Wikimedia's servers.

The name of the app has not been revealed.