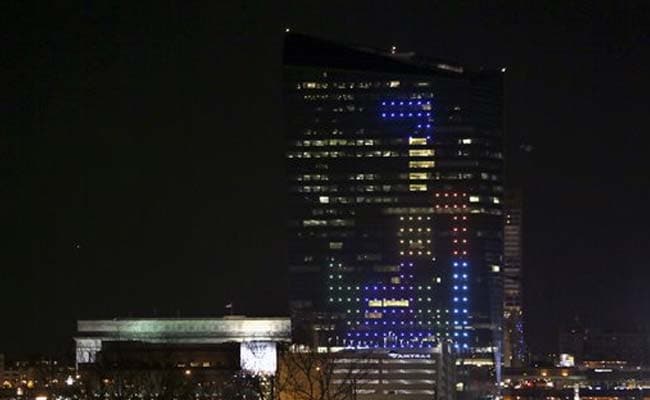 The classic video game Tetris is played on the 29-story Cira Centre in Philadelphia on April 5, 2014, using hundreds of LED lights embedded in its glass facade.

Philadelphia: Hundreds of Tetris fans are having a little fun with a big version of the classic video game.

The Philadelphia skyscraper-sized version created a spectacle on Saturday that organizers hope inspired onlookers and players to think about the possibilities of technology.

The 29-story Cira Centre, which has hundreds of LED lights embedded in its glass facade, provided a 100,000-square-foot "screen" for the gamers. Images of supersized shapes "fell" on two sides of the tower as competitors used joysticks to manoeuvre them into place.

Promoted
Listen to the latest songs, only on JioSaavn.com
The marvel kicked off a citywide series of events called Philly Tech Week. It also celebrates the upcoming 30th anniversary of Tetris, a game loved for its elegance and simplicity.