What Lindsay Lohan Does To Avoid Long Bathroom Queues At Nightclubs 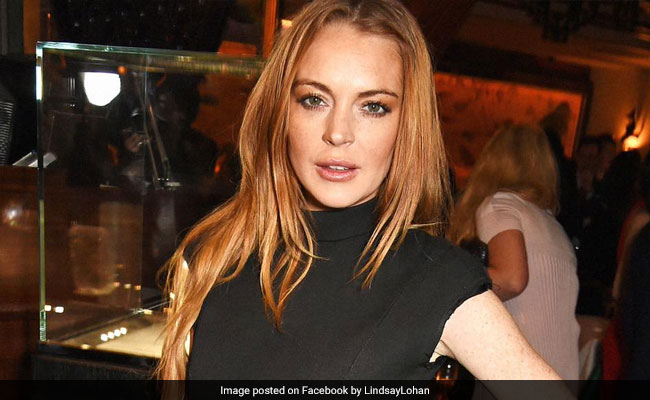 Lindsay Lohan reserves her own private toilet in nightclubs to avoid waiting.

Nobody likes waiting in queues, especially not Lindsay Lohan. In fact, the American singer-songwriter dislikes it so much, she reserves her own private toilet at nightclubs to avoid standing in long lines.

The former child star, who has delivered hits like 'The Parent Trap', is going to be a judge on Australia's upcoming version of reality television show The Masked Singer, reports Metro News. Her fellow judge on the show, Jackie 'O' Henderson has now spoken the benefits of partying with Lindsay Lohan.

The 44-year-old host revealed on her show, The Kyle and Jackie O Show, that Lindsay reserves her own toilet at nightclubs.

Recalling a trip to The Star in Sydney, Jackie explained that she was tired of waiting in line for the women's bathroom.

"I went to the public toilet in this nightclub and there were girls everywhere lining up for the toilet," she said, according to Daily Mail. Luckily for her, Lindsay's staff ushered her right into a toilet reserved for her.

"Lindsay's security took me into the toilet and there was one cubicle that just said, 'Do not use', it's just reserved for Lindsay," said Jackie.

"I was escorted to the celebrity cubicle and he waited outside... I felt a bit stupid," she added.

Lindsay Lohan, 33, is hoping to relaunch her pop music career. Last month, she shared a teaser of her upcoming single, Xanax.

Man Accidentally Throws Away Hard Drive With Bitcoin Worth $280 Million