Watch: Viral Math Riddle Stumps Engineers. Can You Solve It? 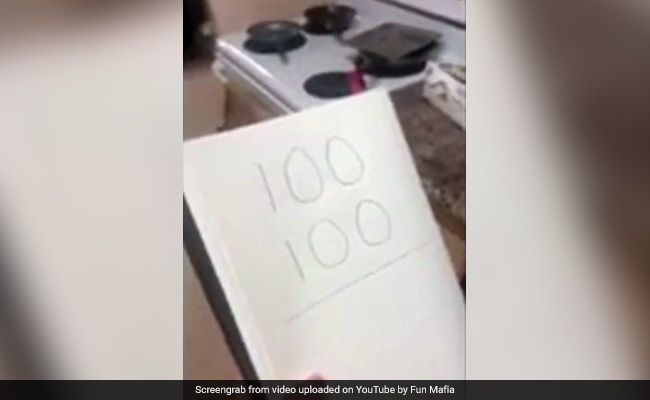 This viral math riddle has stumped many on TikTok.

A video going viral on TikTok presents a challenge that has left many baffled - including a group of engineers. A woman on TikTok gave the group of engineers a math riddle and challenged them to solve it. Karin Gendi handed her friends a piece of paper with two '100' numbers written one on top of the other. "If you can turn this into two hundred with one line, I'll give you whatever you want," she told them.

With little else to go on, the friends initially look surprised. However, after a few moments, they begin to try and solve the riddle.

"With one line?" one of them asks, to which Karin replies confirming that they can only use one line.

A second friend then then jokingly turns the page around to get "another perspective".

While it initially looks like the math riddle would go unsolved, a member of the group finally has a brainwave and manages to figure it out. By inserting a small line across the "1" of the first "100", he turns it into "too".

Therefore, the page then reads "too 100". Problem solved.

According to Ladbible, the riddle has gone viral since being shared on TikTok last week. It has racked up over 38 million views on the video sharing platform.

This, of course, is not the first time that a math puzzle has captured the Internet's attention. Last year, the 'mystery of the missing pound' had similarly captivated TikTok.