Watch: Video Of Ram vs Punching Bag Goes Viral Again. Have You Seen It Yet?

In an unusual sight, the ram was practicing its head-butts on a fortuitously placed punching bag in the middle of the forest. 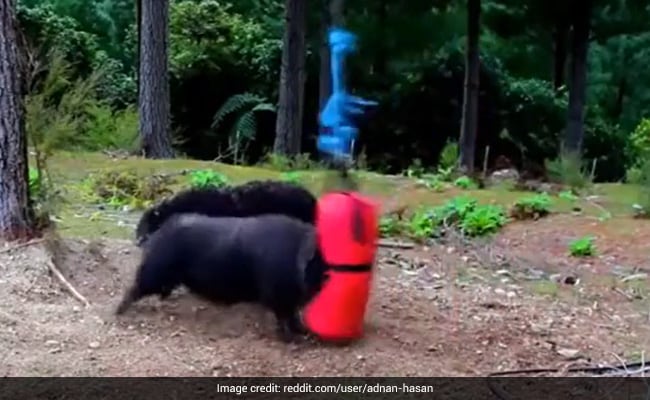 A user suggested that Pixar could may be come with an animated 'Rambro' feature.

Who doesn't like to spend an hour or two browsing through the social media rabbit-hole and watch wholesome videos of animals doing extraordinary feats?

Here is a video of a ram doing what rams do best: head-butting its way to glory.

In an unusual sight, the ram was seen practicing its head-butts on a fortuitously placed punching bag in the middle of the forest.

The video clip of the unflinchingly persistent ram battering the punching bag has struck a chord with the online community.

The outrageous video has already been upvoted 4,000 times on Reddit.

Users applauded the grit and perseverance showed by the ram and had a field day posting memes and engaging in online banter.

A user suggested that Pixar may be come with an animated 'Rambro' feature.

Now, the question is: why would a ram do that? The practice has an evolutionary basis. It is a way for rams to prepare themselves for the breeding season and to establish their place in the dominance hierarchy.