Watch: Newly-Wed Kerala Couple Pose For Photo Inside Temple, Then An Elephant Attack

The elephant was standing right behind the bride and the groom and attacked the mahout. 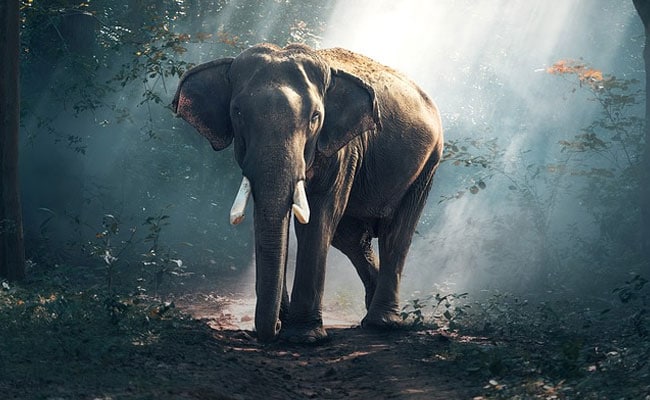 The incident took place in Thrissur, where Guruvayur temple is located.

A video of an elephant getting agitated just as a newly-married couple visited the Guruvayur temple in Kerala is gaining traction on social media. The video has been posted on Instagram by Wedding Mojito, a photographer. The incident took place in Thrissur, where the Guruvayur temple is located, on November 10, according to Mathrubhumi. It shocked the devotees who were present near the entrance of the temple. The clip has been liked by more than 1,200 users since being posted seven days ago.

The video shows the newlyweds reaching the inner courtyard of the temple for a photoshoot. The elephant was standing right behind them.

As the cameraman started clicking the photos of the bride and the groom, the elephant turned aggressive and attacked a mahout.

The elephant tried to pick the man using its trunk, but he fell down. The man quickly got up and escaped, but his clothes were in the elephant's grip. The second mahout, sitting on top of the elephant, was able to control it.

The groom recalled the incident and spoke about his experience in the video. "We were posing for a photo and all of a sudden, everyone starting running screaming. She grabbed my hand and ran," the man said.

The Guruvayur temple is very popular for Hindu wedding rites.

A few months ago, a person was trampled to death by wild elephants in a forest area in Kerala's Kollam. Police said the man in his mid-50s was allegedly attacked by a group of three elephants as he was walking on a road that passes through the dense forest.