After the video went viral, Aparna Yadav's father, Uttar Pradesh's information commissioner, said they have "no interest in any film or scandal around it." 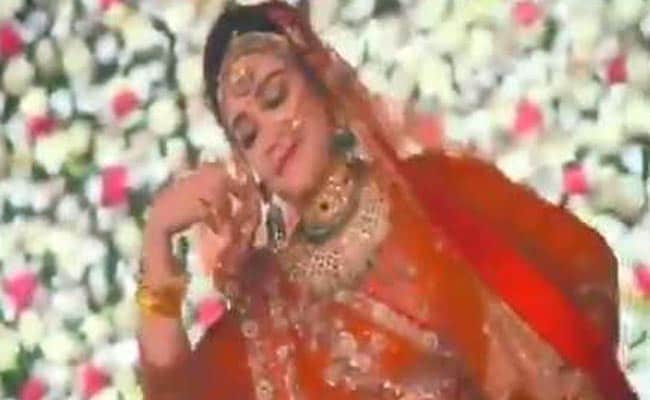 Aparna Yadav, dressed in red, was filmed dancing to the song "Ghoomar" from the film "Padmavati" at a private event some time last week in Lucknow. Her father Arvind Singh Bisht, Uttar Pradesh's information commissioner told NDTV, "We have no interest in any film or any scandal around it. At these private wedding functions, people often dance to folk songs and film songs. That was the spirit in which she danced." Aparna Yadav is the younger daughter-in-law of Samajawdi Party leader Mulayam Singh Yadav. She contested the Uttar Pradesh election earlier this year but was defeated in the constituency of Lucknow.

#WATCH Aparna Yadav,daughter in law of Mulayam Singh Yadav performs on the 'Ghoomar' song of #Padmavati at a function in Lucknow pic.twitter.com/3BkCcprJsm

"Ghoomar" is the first song that was released from Sanjay Leela Bhansali's new film, "Padmavati", which has provoked protests, some of them violent; it has been banned by the Chief Ministers of four states who say they will not let it screen even if the 190-crore movie is cleared by the censor board or CBFC.

"Ghoomar" received 10 million views within 24 hours of its release in October.

The Karni Sena, a fringe group which is leading calls for the ban and has threatened lead star Deepika Padukone with violence, said that the choice of song was inappropriate for Aparna Yadav, who is a trained singer.

Promoted
Listen to the latest songs, only on JioSaavn.com
The Karni Sena and some other Hindu groups say that "Padmavati" hurts their sentiments and distorts history by alluding to a romance between Padmini, the 13th-century Rajput queen and Alauddin Khilji, the Delhi sultan. Mr Bhansali has denied any such love story. Padmini, according to legend, sought to protect her honour by setting herself on fire after Khilji killed her husband in battle.

The Supreme Court has refused three requests so far to ban the movie within India and abroad, stating that the censor board must first review it and take a call on its certification.Click for more trending news