Footage of the stunt has been viewed over 1.4 million times on Instagram 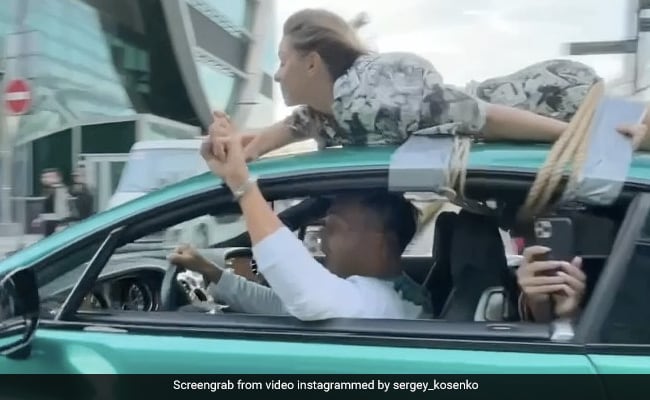 Sergey Kosenko drove around Mexico with his girlfriend tied to the roof of his car.

An influencer in Russia has raised eyebrows with an outlandish stunt that has gone viral on social media. Sergey Kosenko shared a video on Instagram that shows him driving around Moscow with his girlfriend tied to the roof of his car. Footage shared by Mr Kosenko on Instagram earlier this week shows him driving a green Bentley, with one of his hands handcuffed to his girlfriend, who was seen on the roof of the car. The woman's mouth appears to be sealed with tape.

According to local news outlet Life, Mr Kosenko explained in the comments section that the stunt was just one of the many 'trust tests' that the couple are undertaking together.

His explanation did not do much to pacify outraged viewers who were left shocked at the video. Watch it below:

Since being shared on Monday, the video has racked up over 1.4 million views on Instagram. While many were amused with the clip, others voiced their concern about the dangerous stunt.

"What is this nonsense?" asked one Instagram user in the comments section. "I don't see what is funny about this," another remarked.

Preliminary investigation has also found that the Bentley used for the stunt does not belong to Mr Kosenko. The borrowed luxury car, in fact, has 68 unpaid fines.