Watch: An Ostrich Trying To Fly In New Viral Ad Will Warm Your Heart 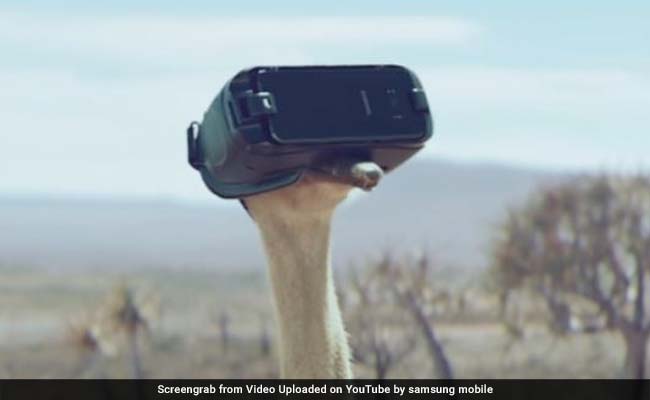 The ad was showcased at the Samsung event on Wednesday

New Delhi: It's not uncommon for companies to lure customers by playing on human emotions. And out of those thousands of campaign, some ads go beyond the marketing and stay with you for their storytelling. Samsung's new ad featuring an ambitious ostrich trying to fly is one such example. An ostrich accidentally puts on a VR (Virtual Reality) gear playing a flight simulator video which gives him a new aim - to fly. After several failed attempts, the flightless bird eventually takes off, becoming an object of envy to its friends. Edited to Elton John's classic song 'Rocket man', the campaign ends with the inspirational slogan 'Do what you can't'.

The ad was showcased at the Unpacked event by Samsung where they unveiled their new flagship phones and virtual reality gear. The ad has nearly 800,000 views on YouTube since being shared on Wednesday and was praised on social media for its inspirational message.

The best most inspirational video created by Samsung! #DoWhatYouCanthttps://t.co/bsWXqub3RRpic.twitter.com/pa7eP9jIqI

My new spirit animal: that ostrich inside the new #GalaxyS8#GearVR advert. So much #feels. #DoWhatYouCant#Samsung#Random#motivationpic.twitter.com/7CkLHOPEXd

The intersection of advertising, VR and ostriches is truly a thing of beauty #DoWhatYouCanthttps://t.co/LYF9Qq14S6

The ad gave me the chills. Very clever....hope it drives demand. #dowhatyoucanthttps://t.co/n1eFKU2sTH