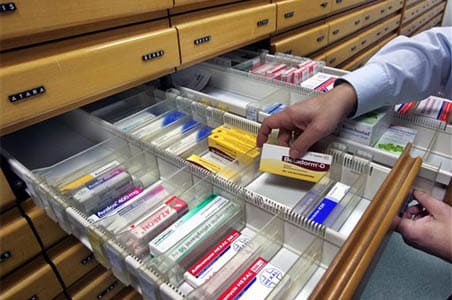 Acknowledged as a nutrient vital for a robust immune system, Vitamin C may also be crucial for slowing down the human body's ageing process, says a study.

The study published in the latest edition of the American journal "Rejuvenation Research" has underscored a protective mechanism in the human body aimed at maintaining the level of ascorbic acid (chemical name for Vitamin C) in blood plasma, which invariably keeps falling with age.

"Studies in the last 50 years have identified oxidative stress, a condition marked by increasing damage to the immune system from molecules known as free radicals, as one of the main reasons for the process of ageing," Professor Syed Ibrahim Rizvi, the lead researcher of the paper, said.

Rizvi, who is a professor of biochemistry at the Allahabad University, said the human body "is endowed with several anti-oxidant defence mechanisms to minimise damage from free radicals. Vitamin C happens to be one of the most important among such defence mechanisms".

"This was one of the reasons why scientists like Professor Linus Pauling, Nobel Laureate and one of the most influential chemists of the 20th century, advocated large doses of Vitamin C in the diet for prevention of common cold and boosting the overall immunity system of the human body," he said.

For his study, Rizvi had collected blood samples of 61 healthy people in the age group of 22-79 years and studied the activity of the enzymes "AFR reluctase and PMRS which are responsible for transporting electrons from inside the cell to outside which helps maintain the level of ascorbic acid in the blood".

"We observed that the activity of AFR reluctase and PMRS was much higher in the blood samples of subjects of an advanced age. This is, in all probability, due to the progressive decline in the body's ability to synthesise ascorbic acid," he said.

Rizvi said the finding may be crucial to develop medicines that may help retard the human body's ageing process and boost longevity.

Moreover, drugs, which can further activate AFR reluctase and PMRS thereby helping regeneration of reduced ascorbic acid in the blood plasma are most unlikely to cause any complications resulting from over-dose, Rizvi said.

"While the minimum amount of the vitamin required for humans is 100 grams per day, it may, however, not be sufficient to bring the therapeutic effects into play," he added.

"Until medicines, which can boost the two enzymes, are available people can carry forward their battle against ageing with the help of a diet rich in Vitamin C  found in abundance in green chillies, lemons, oranges and guavas," Rizvi added.