Visionary Or Vile? Pic Of Passenger Lying Under Airplane Seats Is Viral

"I never even considered this. Visionary," wrote one person 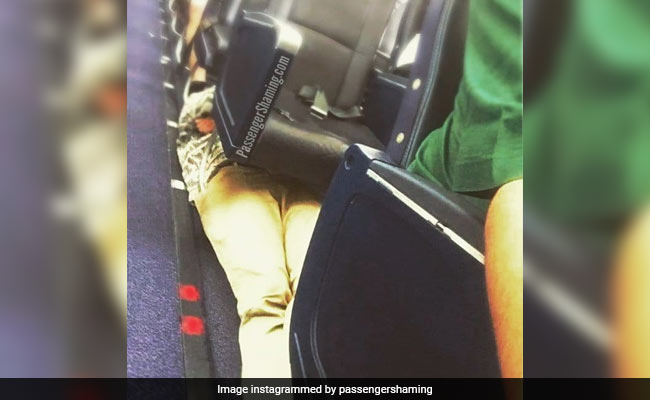 A passenger lying under airplane seats has started a debate on Instagram.

Some have called this unknown, unnamed passenger a visionary. Others think they are rude and unhygienic. Either way, everyone agrees that the stunt they pulled by lying down underneath airplane seats is worth talking about. After all, it is not every day that someone manages to find a way around tight airplane seats without upgrading to first class (and burning a hole in their pockets).

The picture of the passenger was shared by the popular Instagram page 'Passenger Shaming' on Monday. In it, the passenger is seen lying on the floor of an airplane, right underneath a row of seats, where two seats are empty.

Since being shared online, the picture has gone viral and collected hundreds of comments, along with almost 10,000 'likes'.

Of the passenger's admirers, one wrote: "Often envisioned, never executed before. Bravo!"

"I never even considered this. Visionary," said another, while a third wrote: "Honestly I'm more impressed than anything."

The traveller was also met with criticism. "Alcohol must be involved," one commenter said, while a second wrote: "I'm a germaphobe and claustrophobic person and this makes me want to scream." Another commenter added: "The absolute vile filth under the seats and he's lying in it."

Some also questioned how the flight staff allowed this to happen.

Just a few days ago, a picture of a man standing during a flight, allowing his wife to sleep across three seats, had gone massively viral.

Maharashtra Man Ties Ola Scooter To Donkey, Parades It Around Town. Here's Why