Alique Perez said she was disgusted after discovering that her deep-fried 'chicken' from Jollibee was actually just a hand towel. 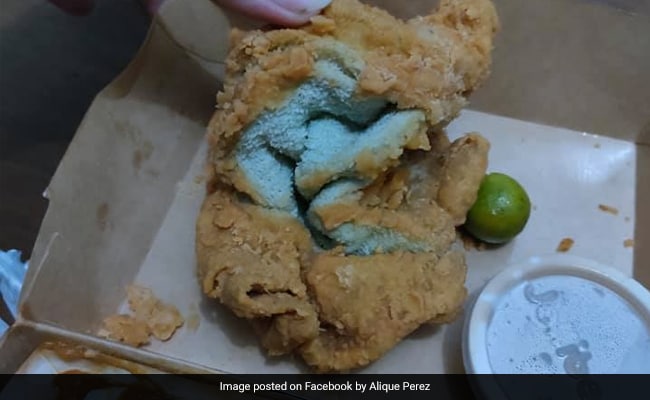 Alique Perez shared photos of her unappetizing meal on Facebook.

A woman in the Philippines was shocked to receive a fried towel instead of the chicken she had ordered from a popular fast food chain in the country. Alique Perez said she was disgusted after discovering that her deep-fried 'chicken' from Jollibee was actually just a hand towel.

Ms Perez shared pictures and a video of her inedible meal on Facebook, where they have gone viral. She said she had ordered the 'Chickenjoy' meal for her son from a Jollibee outlet in Metro Manila, but upon receiving the food, she found the chicken too hard to slice.

"We had Jollibee delivered via grab. Ordered chicken for my son, while I was trying to get him a bite, I found it super hard to even slice. Tried opening it up with my hands and to my surprise [it was] a deep fried towel," she wrote on Facebook. "This is really disturbing... How the hell do you get the towel in the batter and even fry it?" she questioned, adding that the discovery was a disgusting one.

A video that she shared on the social media platform on Tuesday has gone viral with over 2.6 million views. It shows her picking up the 'chicken' - only to discover it was batter-fried towel.

Her post has racked up over 87,000 'shares' and thousands of shocked comments.

"The batter must have been contaminated too when that towel was breaded. We will never know who got those potentially contaminated chickenjoys that day!" wrote one commenter. "That's disgusting. Good luck to those who ordered chicken that day," said another.

According to Metro News, Jollibee Foods Corp said the branch had 'deviated' from standard food preparation procedure and temporarily shut down the restaurant after the viral post raised health and hygiene concerns.

The company said that it would retrain employees to ensure that such incidents are not repeated.