Viral Video: Two Bears Get Into A Ferocious Fight In A Garage In US 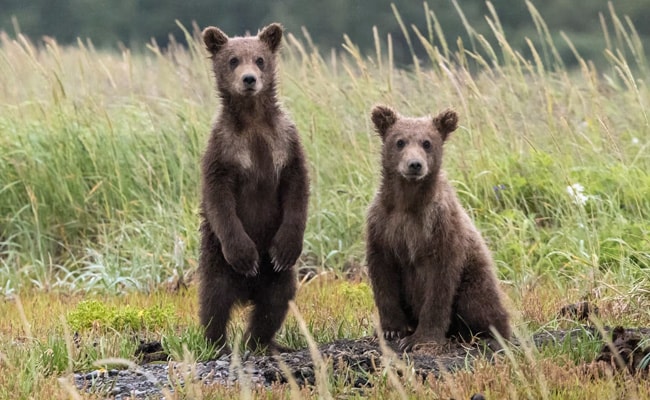 The clip has been viewed more than 4,000 times. (Unsplash/Representative photo)

Two bears were recently caught on a security camera getting into a tense fight in a woman's carport in the United States.

Lisa Quick from South Lake Tahoe, California, shared the clip on Facebook. It showed the two bears scuffling and growling. The two animals are seen running and crashing into each other at the start of the video. Seconds later, they are seen wrestling on the floor, before standing up on their hind legs and growling at each other.

At the end of the clip, one bear walked away from the other to the bear to the back of the carport.

Since being shared, the video has gone viral. It has been viewed more than 4,000 times and garnered hundreds of likes and comments. While one user wrote, “coolest thing ever!” another said, “Yikes!!! Scary, just the sounds... happy you're safe and recorded your micro-adventure.” A third user simply called the video “terrifying”.

Speaking to ABC7, Ms Quick said that she woke up to the growling sounds. “I screamed and my dogs started barking and we ran out there to break it up,” she said, adding, “I see bears every single day but we've never had them fight before.” Further, Ms Quick revealed that this is not the first time she has seen bears in or around her carport.

Meanwhile, another video of a bear had taken the internet by storm a while back. Shared by ViralHog, the clip showed a man escaping a bear that had spotted him in a forest. Curtis Matwishyn recorded the terrifying encounter on camera from where he escaped using a bear spray. The man used the spray so that the animal couldn't come closer to him.