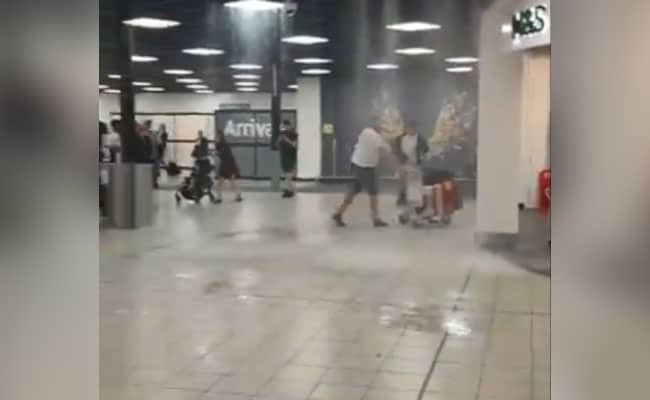 Rainwater was filmed pouring into the London Luton Airport on Friday.

Rainwater was seen pouring through the ceiling into the London Luton Airport on Friday, stopping passengers in their tracks who filmed the incident on their cellphones. A widely-circulated video shows water flooding the busy airport terminal as stunned travellers look on and record the bizarre scene. According to Euro News, the incident followed heavy rain and strong winds that caused disruption across the UK.

The Sun reports that the leak forced people to disembark as flights were delayed. Rainwater kept pouring for about 15 minutes, resulting in people getting drenched and puddles forming on the ground.

The video which shows water leaking into the airport terminal has collected a number of shocked comments on Twitter.

OMG! That is ridiculous!

Luton Airport apologised for the delay and attributed the leak to "a period of unprecedented rainfall" in a tweet.