Don't watch this if you're scared of snakes. 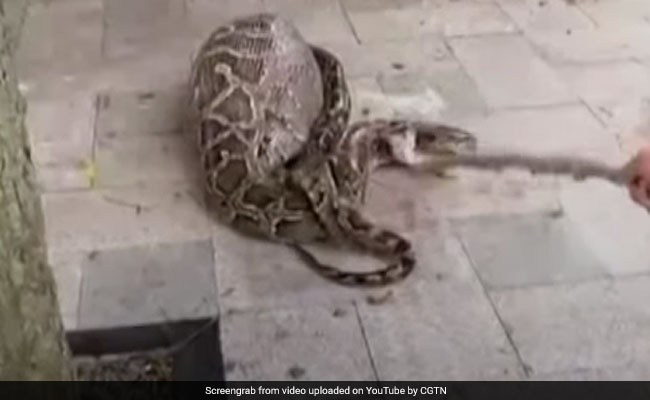 Villagers tried to catch the python.

In southern China's Hainan province, villagers tried to capture a python that swallowed a 35 kg goat. A 55-second clip shows them struggling to catch the massively bloated snake. According to CGTN, villagers of the Wenchang County also informed a local forestry protection agency about the python.

Unfortunately, the snake could not be saved and died later. It is possible that the goat's sharp horns may have punctured its internal organs.

The incident took place on November 13, though the video surfaced online only recently.

Forest officials say it must have been difficult for the python to digest the goat.