Video: Skier Gets Chased Down Mountain By A Bear As People Watch In Horror

"Faster, faster! Go, the bear is chasing you!" people were heard shouting in warning to the skier. 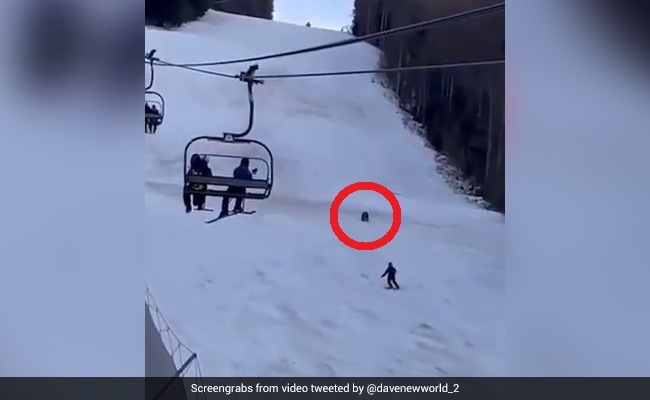 A bear was seen chasing a skier down a slope in a popular mountain resort of Romania. Scary footage that has gone viral on social media shows a tourist skiing for his life, with the bear hot on his heels. The incident took place this Saturday in a resort in Predeal - the highest town of Romania - reports Daily Mail.

Videos of the pursuit were shared on social media and show the lone skier making his way down a slope with the brown bear following, even as horrified onlookers watched from the chairlift above.

"Faster, faster! Go, the bear is chasing you! Faster! God forbid, don't look back!" people were heard shouting in warning, according to the Romania Insider.

Skier in Romania gets chased by a bear pic.twitter.com/WOgtvDQsYn

"Well, this is pretty terrifying! Thank goodness the skier never lost his balance!" another remarked.

Luckily, the skier managed to escape the brown bear without any injuries by displaying admirable presence of mind. Ion Zaharia, a spokesperson of the County Gendarmerie Inspectorate, told Digi24 that at one point, the skier threw his bag down to distract the animal and managed to get away.

Police confirmed that three calls reporting the bear had been made that day. Cops went to the scene in an all-terrain vehicle and the bear, possibly scared by noise, took refuge in the forest.