A team of forest officials rushed to the spot yesterday and have successfully rescued the elephant using two cranes. 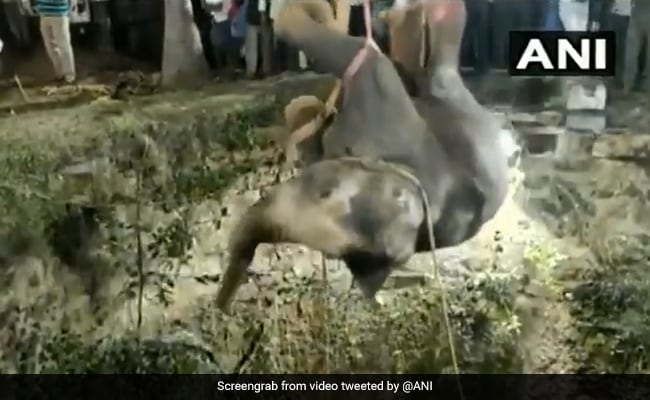 An elephant was rescued from a well after a 16-hour operation.

A female elephant that fell into a deep well in an agricultural field in the Panchapalli Village of Tamil Nadu's Dharmapuri district was finally rescued on Friday after a 16-hour long rescue operation by the fire department.

The well is known to be 50 feet deep and belongs to a farmer named Venkatachalam.

As per the Dharmapuri Fire Department, Venkatachalam had heard an Elephant's trumpet and looked for it. He had looked inside the well while looking for the elephant and immediately called the department for help.

A team of forest officials rushed to the spot yesterday and have successfully rescued the elephant using two cranes.

A team of veterinary doctors and activists were also present at the spot.

A video going viral on social media shows the huge animal appearing perfectly calm while being lifted out of the well.

The video has gone viral on social media, earning plaudits for the rescue team.

Indian Forest Service officer Parveen Kaswan was among those who praised the rescue. "After hours of operation, which included supplying food also, the elephant is rescued by forest team. It was a 50 feet deep well. And credits to the elephant also for her will," he wrote on Twitter.