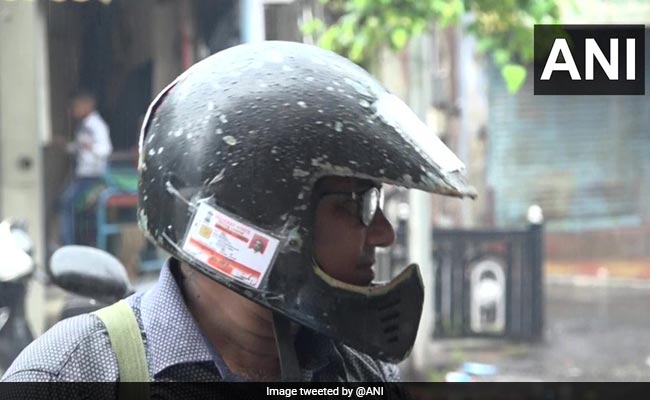 R Shah from Vadodara has stuck his driving license on his helmet, along with other documents.

A man in Gujarat has figured out a way of staying one step ahead of cops as tighter road traffic regulations and heavier penalties kicked in this month under the amended Motor Vehicles Act 2019. R Shah, a resident of Vadodara, has stuck his driving license, registration certificate, insurance papers and other relevant documents onto his helmet, as per news agency ANI.

According to him, he did this so as to avoid paying any fines.

Gujarat: R Shah, a resident of Vadodara has pasted his driving license, RC, insurance & other documents on his helmet. Says, "Helmet is the first thing I put on before riding a bike, that's why I pasted all documents on it so I don't face any fines as per new traffic regulations" pic.twitter.com/OezdsV1ONT

"Helmet is the first thing I put on before riding a bike," Mr Shah said to ANI. "That's why I pasted all documents on it so I don't face any fines as per new traffic regulations."

Under the Motor Vehicles (Amendment) Act, which came into effect on September 1, the penalty for driving without insurance has been doubled from Rs 1,000 to Rs 2,000. Offences like not wearing a seat belt or helmet, drunk and dangerous driving, speeding, jumping red lights and overloading vehicles will also attract higher penalties - at times going up by as much as 10 times.

Mr Shah is not the only one to have been scared by the heftier fines. The act inspired a ton of memes on social media as users reacted to the increased penalties.

NSE Halts Trading, But There's No Stopping The Memes On Twitter