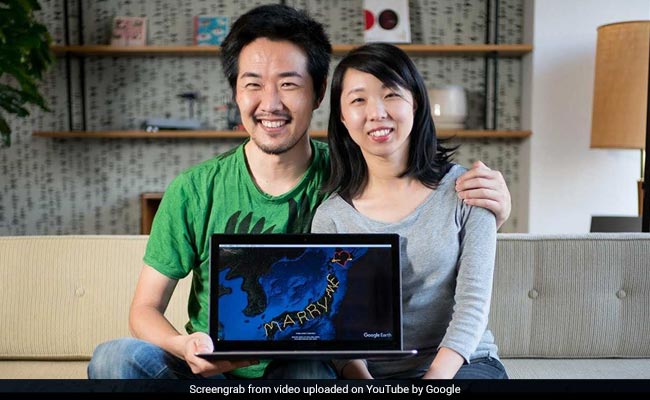 Yasushi Takahashi proposed to his girlfriend with the help of Google Earth.

A Tokyo man's larger-than-life wedding proposal required six months of travelling, Google Earth, GPS and a lot of dedication. It also landed him a Guinness World Record for the largest GPS drawing in history. Yasushi "Yassan" Takahashi's incredible story, tweeted by Google this morning, is now creating waves around the world.

In 2008, Tokyo resident Yassan knew he wanted to propose to his girlfriend, Natsuki. He had been creating GPS art with Google Earth and street view for over 10 years, and so he decided to incorporate that into his proposal.

GPS art is the art of creating a large-scale digital drawing by travelling with a GPS device along a predetermined route, explains Google. When the route is uploaded to a mapping tool like Google Earth, a form takes shape.

For Yassan, this form was a huge "Marry Me" spelled out across the map of Japan.

To complete his epic vision, he quit his job and planned a journey from the island of Hokkaido to the shores of Kagoshima. After six months of travelling, he covered a distance of over 7,000 kms to spell out the huge proposal - complete with a heart at the end. 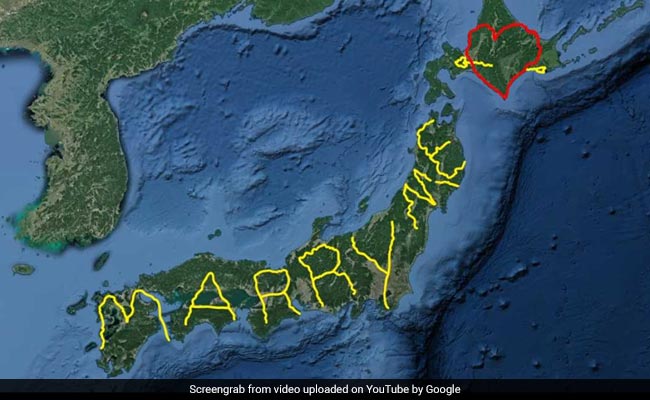 And for those who are wondering - his girlfriend said yes!

It was a big surprise," she was quoted as saying by South China Morning Post. "I felt the greatest love in the world."

To find out more about Yassan's journey, watch this video tweeted by Google:

For over 10 years, Tokyo resident Yasushi “Yassan” Takahashi has been creating GPS art with @googleearth and #StreetView—but it was his very first drawing that was his biggest, in more ways than one → https://t.co/O9dYPHyauypic.twitter.com/dEXmwp9suc

Since it was shared online less than five hours ago, the story of Yassan's grand proposal has been viewed over 17,000 times and has collected a ton of impressed comments.

What do you think of his proposal?  Let us know using the comments section below.