The third eye, which was also functioning, appeared to be a natural genetic mutation. 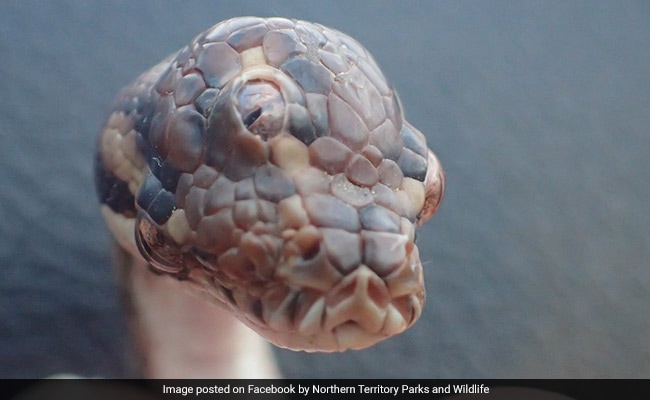 A photograph of the three-eyed snake, shared by Northern Territory Parks and Wildlife

BBC reports that the snake, a carpet python, was three-months-old when it was found in March. Unfortunately, it died within weeks after it was discovered. It was found on the Arnhem Highway, just out of Darwin.

"It's remarkable it was able to survive so long in the wild with its deformity, and he was struggling to feed before he died last week," ranger Ray Chatto told NT News.

According to Northern Territory Parks and Wildlife, the third eye, which was also functioning, appeared to be a natural genetic mutation.

"The snake is peculiar as an x-ray revealed it was not two separate heads forged together, rather it appeared to be one skull with an additional eye socket and three functioning eyes," they wrote while sharing three pics of Monty Python.

"This snake is so special and freaky but beautiful creature," wrote one person in the comments section. "Interested to know if this affects the snake's ability to eat," another asked.

As per wildlife officials, malformed reptiles are relatively common.

"It is extremely unlikely that this is from environmental factors and is almost certainly a natural occurrence as malformed reptiles are relatively common."

In October last year, a couple from Kentucky found a two-headed snake in their yard.