This US Man Is Going Viral For His Bollywood Dance Videos. Seen Them Yet?

Ricky Pond has taken the Internet by storm with his dance videos. 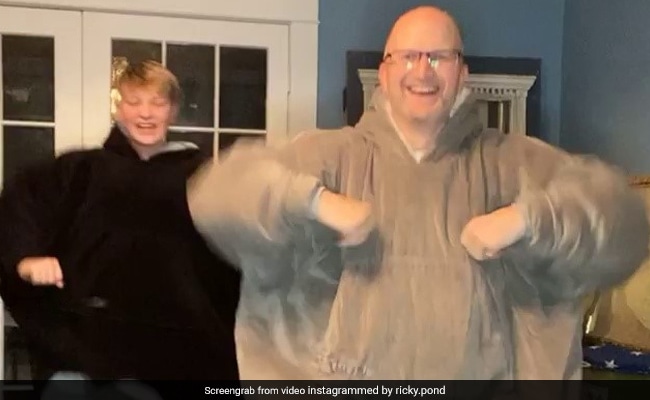 Ricky Pond is a US-based man going viral for his desi dance videos.

There is no telling what might strike the Internet's fancy. Of late, it is videos of an American dad dancing to Indian music. Ricky L Pond is a Washington-based Instagram user who has taken the Internet by storm with his dance videos.

Mr Pond describes himself as a "dancing dad" with kids - and his dance videos typically feature his family members shaking a leg with him. The dancer - who originally found fame on TikTok - has an Instagram following of over 57,000.

In December, he went viral with an Instagram video that shows him dancing to Ghungroo from the movie War. The video shows him and his daughter acing Hrithik Roshan's signature moves and received a lot of love from netizens.

More recently, it was his video dancing to the song O Betaji which was used in the Netflix movie Ludo that caught social media's eye.

The video garnered over 54,000 'likes' in two days and was quickly followed by another one today which shows Mr Pond dancing to Ghoomar. "This song was requested by a lot of you!" he wrote while sharing the video and adding a birthday wish for Deepika Padukone, on whom the original was picturised.

It's not just Bollywood music that Mr Pond dances to. His Instagram feed is full of videos that show him grooving to everything from Tamil hits to Punjabi beats.