This Tweet of Yuvraj Singh on Ansukha-Virat is Going Viral 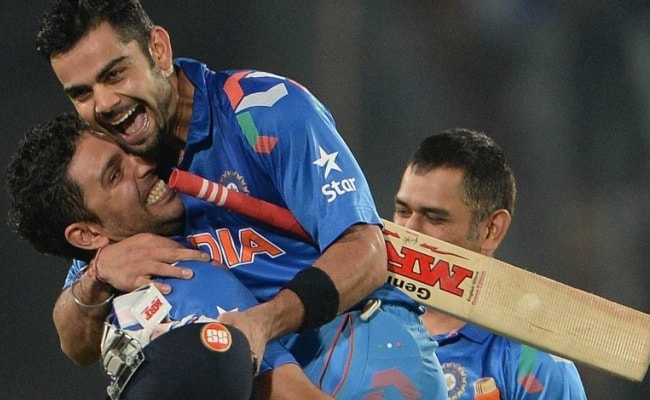 When Virat Kohli got out after making just one run in the World Cup semi-final clash against Australia, his girlfriend Anushka Sharma, who was present for the match, was unfairly bashed on Twitter, provoking many celebrities to stand up for her.

Among them, Yuvraj Singh.

To all our real Indian fans who support us in our wins and loses ! Let's respect @imVkohli and @AnushkaSharma personal life

Someone who's scored 5 hundreds on Aus tour deserves much more respect and support from his fans !

He also said that Virat will soon find his form back and will do well for India again. When Anushka Sharma was getting trolled on social media, many on Twitter trashed the haters.

With you my dear Anushka! Bunch of uneducated idiots who target you. Been through this dam thing. Jakho rakhe sanyaan maar sake na koi!

Blaming and joking bout Anushka??cz a woman can ONLY be a distraction and not a strength? Wht bout d other times we won or Virat made a 100?

So horrible to c a supportive girlfriend being lynched for a game she just watched!!Stop with the disrespect! #StillBleedBlue@AnushkaSharma