This Horse Hates Working So Much, He Plays Dead When People Try To Ride Him

23 million views for this hilarious video 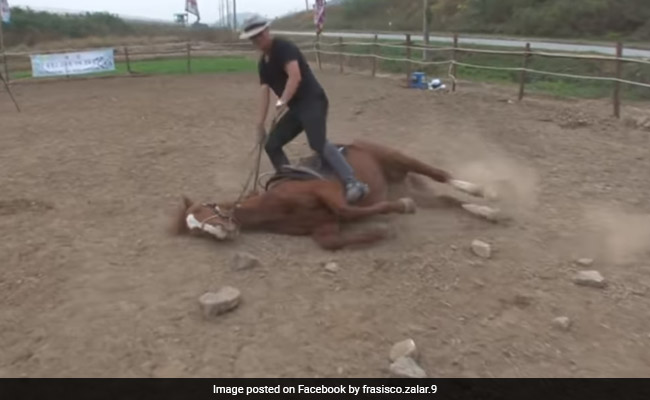 Jingang the horse pretends to die when people try to ride him.

The video compilation by Kritter Klub was shared to Facebook by Frasisco Zalasar. It shows different scenes and in all of them, Jingang pretends to die every time someone approaches him. The overly-dramatic horse flops to the ground in Oscar-worthy performances each time he senses work coming his way.

"The horse that plays dead so they don't ride him," wrote Mr Zalasar while sharing the video on Facebook.

The video has been viewed over 23 million times since it was shared online two weeks ago. On YouTube, it has also collected a ton of amused responses, with many saying they could totally relate to Jingang.

"This is literally me, pretending to be asleep when my mom shouts from downstairs to wash the dishes," wrote one person. "Unbelievable -- horse even has tongue hanging out and eyes rolled up!" laughed another. "That horse reflects my entire life," a third added.

The Internet can't seem to get enough of hilariously melodramatic animals. A few days ago, a video of a dog pretending to faint to avoid a nail trimming had gone viral online, amusing many.