The image features two grey blocks - stacked one on top of the other. 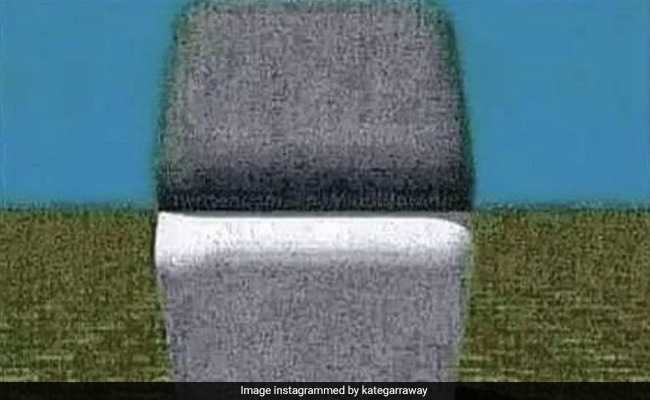 The image features two grey blocks - stacked one on top of the other. While the block on top appears to be dark grey, the second one looks lighter. However, place a finger between the two and you will be surprised to see that they are the exact same colour.

"This caused a right stir in our house tonight..." wrote Ms Garraway, 52, while sharing the image on Instagram Thursday.

Try it for yourself:

"Omg that's so weird," wrote one person in the comments section. "That's mad! You'd swear they were totally different colours," said another.

The optical illusion also made its way to Twitter.

Both blocks are grey in color, cover the middle line with your finger and see 😏..... sorcery 😲 pic.twitter.com/lNucNpzf30

Light plays an important role. Both blocks are the same grey #mindtrick#deceptive#whatcolourpic.twitter.com/tb7gCeB56S

According to Daily Mail, the image shared by Ms Garraway is the Cornsweet illusion that was first documented by experimental psychologist Tom Cornsweet. Mr Cornsweet found that humans perceive colour and shade of 3D images depending on where shadows fall and how the objects are lit.

In this case, we believe the upper square to be darker because that's what is logical and what our brain expects. This, combined with contrasting shading in between the two blocks, makes us perceive the top block as dark grey and the bottom one as light grey.

Let us know what you think of this optical illusion using the comments section.