These 'Screaming Pasta' Memes Are As Funny As They Are Bizarre

Zomato joined the meme fest too 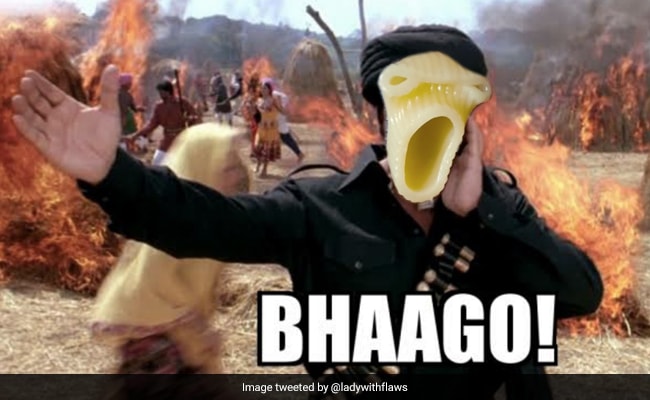 There's truly no telling what might strike the Internet's fancy and end up going viral. After completely random things like 'JCB ki Khudayi' and Binod inspired hundreds of memes, it is now the turn of screaming pasta.

It all started on December 28 when Twitter user @bayabikomigim shared a picture of a single boiled pasta on a spoon, saying that it resembled a screaming face. "This pasta has started to scream for no reason, what should I do?" the Twitter user wrote, before sharing another pic of three similar 'screaming' pasta pieces on a spoon.

The tweet garnered over 35,000 'likes' on the microblogging platform and quickly became a meme that is equal parts funny and bizarre.

Me seeing pasta memes on my tl but not having any funny ideas to make some of my own pic.twitter.com/zActTh1l0B

While the 'screaming pasta' meme may seem like a totally random one, it is not the first time that unlikely pics, comments or videos have served as inspiration for memes. In 2020, everyone from PayTM to Mumbai Police started tweeting about Binod after a YouTube comment led to one of the strangest trends of the year.

What do you think of the screaming pasta meme trend? Let us know using the comments section.