Read inOther Languages
This Article is From Aug 10, 2020

Here is why everyone is suddenly posting about Binod 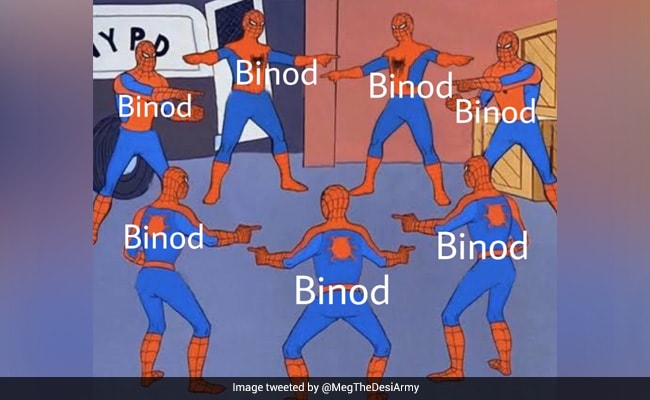 Here is why everyone is tweeting about Binod.

If you thought last year's "JCB ki khudayi" trend was strange, wait till you hear about Binod. Over the last few days, a number of brands and other social media users have been tweeting about Binod. PayTM changed its name on Twitter to Binod. Mumbai Police requested everyone named Binod to change their online passwords if they contained their first name. Airtel said it would receive every call with "Haan #Binod Bol", while the anonymous French hacker who goes by Elliot Alderson asked his followers to call him Binod instead.

So why is everyone suddenly tweeting about Binod?

It all started when YouTube channel Slayy Point shared a video where creators Abhyudaya and Gautami decided to examine the comments section of YouTube videos. In the video titled "Why Indian Comments Section is Garbage (BINOD)," which was shared on July 15, they showed their subscribers some of the strangest comments they have received. One of these, from a user named Binod Tharu, contained nothing more than his first name "Binod" in the comments section of their YouTube videos.

Pretty soon after the video appeared online, the comments section of a number of popular YouTube videos were suddenly filled with one word: Binod.

The trend soon shifted to Twitter, where it caught the eye of a number of meme makers. The microblogging platform was then flooded with a number of Binod memes, and the bizarre trend only grew with several brands, companies and even police departments joined the bandwagon with their own Binod tweets.

A number of police departments also joined the trend

#Binod might not write anything else, but we do have a message for you! pic.twitter.com/1It1yZE7Tq

Dear #binod , we hope your name is not your online password. It's pretty viral, change it now! #OnlineSafety

Dear #binod, we know you have gone very viral, But your safety is important. corona is more famous than you so stay home, stay safe.#SafetyFirst

Take a look at some of the funniest, most viral Binod tweets here:

Which one of these is your favourite Binod meme? Let us know using the comments section.