"There Was Blood Everywhere": Man Fights 8-Foot Python To Save Pet Kitten

"I could see the cat was starting to slow down a bit," he said. 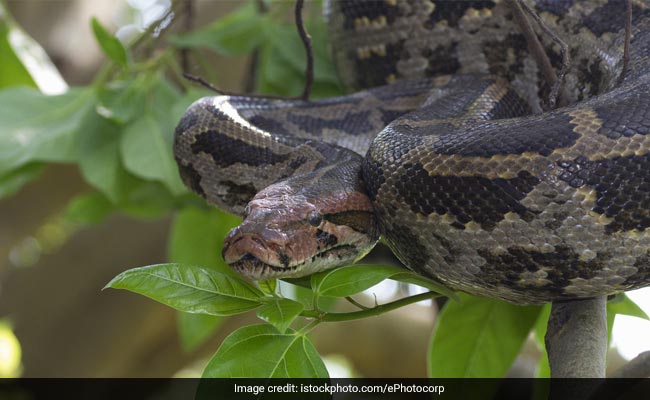 Nick Kearns was sleeping peacefully in his home when shouts from his partner woke him up in the early hours of the morning. The resident of Kimberley in western Australia says he did not hesitate before jumping out of bed - only to be shocked by the sight of a huge python in his garden, coiling itself around one of his kittens.

"I jumped up - naked of course - and ran outside," Mr Kearns said to ABC News.

Though ill-attired for the fight, he immediately rushed to the rescue of his kitten, named Lil, who looked like it was already losing. "I reckon I didn't have very long - I could see the cat was starting to slow down a bit," he said.

While Mr Kearns grabbed the 8-foot-long snake's body to wrest the kitten from its control, his partner Karyn held onto the python's tail.

"I found the centre of the coil near where her head would have been and just put my hand in there and grabbed the head," he said.

Though he managed to get the snake to relax its grip on Lil the kitten, Mr Kearns did not come out unscathed. According to Daily Star, the snake managed to bite his hand while uncoiling itself from around the kitten. The python sank its fangs into his right hand, which led to "blood everywhere".

"It was only later on I noticed there was blood everywhere," Mr Kearns said.

After defeating the non-venomous snake, which kills by constricting its prey, he went to get tetanus injections. The kitten, meanwhile, managed to escape unhurt, thanks to its owner.

"There was no way I was going to stand by and let it eat the kitten," he said.