There Are 2 Tigers In This Optical Illusion. Can You Find The Second One?

An optical illusion depicting the photo of a tiger has been doing the rounds on social media, where internet users are being asked to find a second "hidden" big cat. 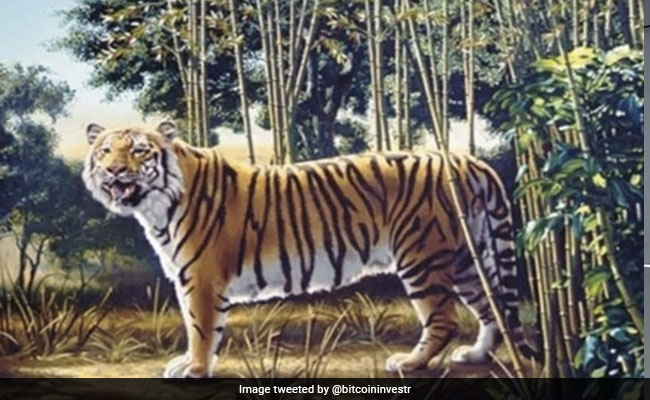 The answer lies in the tigers stripes, with the stripes spelling out the words "The Hidden Tiger".

An optical illusion depicting the photo of a tiger has been doing the rounds on social media, where internet users are being asked to find a second “hidden” big cat. Most people, however, are stumped and are unable to find the second feline in the image. This is because they are trying to look at the bust scenery behind the tiger to spot another one hiding, while the solution is a lot simpler than first meets the eye.

Don't give it away. Like if you spot it. pic.twitter.com/V9G4rcmQYu

The answer actually lies in the tiger's stripes, with the stripes spelling out the words “The Hidden Tiger”. Taking a closer look at the tiger's front leg, body and hind leg one can see the writing displaying the “second tiger”.

Optical illusion are a mainstay in modern internet culture with many pictures shared and judged by people online. There is even a website for these illusions with a contest being held every year. According to the ‘Best Illusion Of The Year Contest' website, the event is a celebration of illusions and perception, “created by the ingenuity of the world's premier illusion creators”. The site further states that “visual scientists, ophthalmologists, neurologists, and artists make up the illusion community”.

The contest is an initiative by Neural Correlate Society (NCS), a non-profit organisation that aims to promote scientific research “into the neural correlates of perception and cognition”. As per the website, the organization serves “a community of perception scientists, ophthalmologists, neurologists, and artists who use a variety of methods to help discover the underpinnings of illusory perception.”