The limb-lengthening procedure can help increase a person's height by six inches. 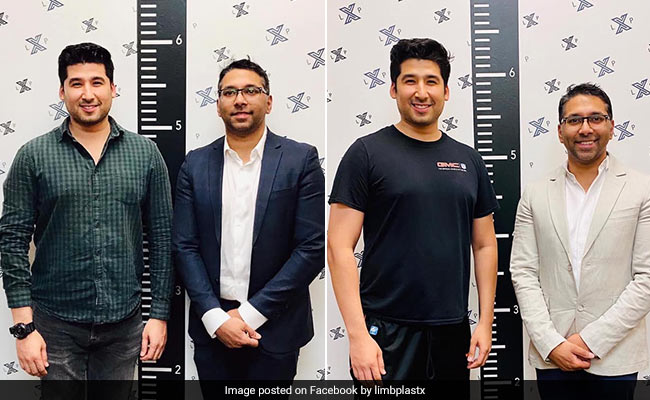 Alfonso Flores underwent a surgery to increase his height by a few inches.

A man in the US has undergone cosmetic surgery to increase his height from 5ft 11 to 6ft 1. According to the Daily Mail, Alfonso Flores, from Dallas, Texas, had always wanted to be taller - even when he was a child. Despite the reservations of his friends and family members, the 28-year-old pre-med student opted to undergo a limb-lengthening surgery to achieve his dream of being taller than 6 feet.

The surgery was performed by Harvard-trained orthopedic surgeon Dr Kevin Debiparshad of The LimbplastX Institute, which is locoated in Las Vegas.

Before and after photos from August, when the surgery was performed, show how it helped Mr Flores increase his height by a few inches.

The procedure did not come cheap. According to Dr Debiparshad's website, the femur-lengthening procedure that Mr Flores opted for begin at $75,000 (that's nearly Rs 55 lakh) and can go up to $84,000.

Dr Debiparshad tells Yahoo Lifestyle that the LimbplastX cosmetic limb-lengthening procedure is a 'minimally invasive' surgery in which the femur (thigh bone) or tibia (lower leg bone) is lengthened.

The procedure can help increase a person's height by six inches.

"'I know 5'11 is a great height, and many people would love to be that tall, but I wanted just a little more than that," said Mr Flores.

"I decided to go for 6'1 because I started off at a great height and wanted to retain as much of my athletic ability and range of motion as possible."