Read inOther Languages
This Article is From Oct 03, 2019

"So talented he is!!" wrote IAS officer Priyanka Shukla 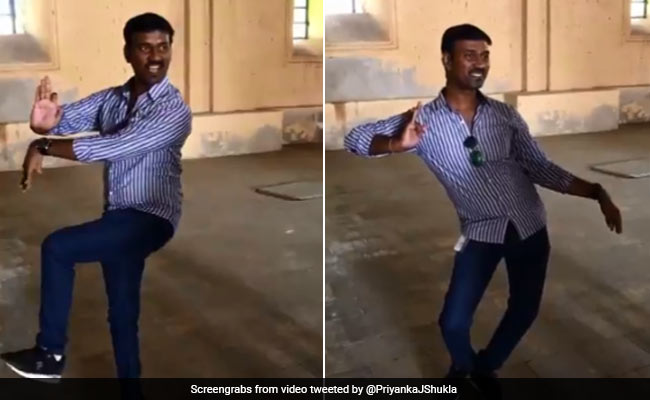 A video of a tour guide's graceful dance has impressed viewers.

A video of a tour guide in Tamil Nadu has gone viral online. The reason - his graceful dance moves and "amazing" expressions. The video was shared to Twitter by IAS officer Priyanka Shukla on Tuesday, who said that she received it over WhatsApp. Identifying the tour guide as Prabhoo, she praised his performance for a group of tourists.

The video shows Prabhoo explaining different 'mudras' or postures of a dance form that some in the comments section identified as Kathakali. He is seen performing graceful moves as a group of tourists listen and look on with interest.

"As per the forward -This guy is a local tour guide named Prabhoo, in Tamil Nadu. So talented he is!!" wrote Ms Shukla while sharing the video. "Just look at his expressions..truly amazing!!"

Received this as #whatsappforward !
As per the forward -This guy is a local tour guide named Prabhoo, in Tamil Nadu. So talented he is!!
Just look at his expressions..truly amazing!! pic.twitter.com/r0R7l9EXIH

Since being shared online two days ago, the video has collected almost 4,000 views and a ton of appreciative comments. Many have praised the guide for his talent, as well as the professional way in which he was seen explaining things to his tour group.

What a beauty of explanation of indian mythology, culture, nature, good working prabhoo👍🙏🏻🇮🇳

Such grace and finesse in hand movements and positions....

We encourage such professional guides