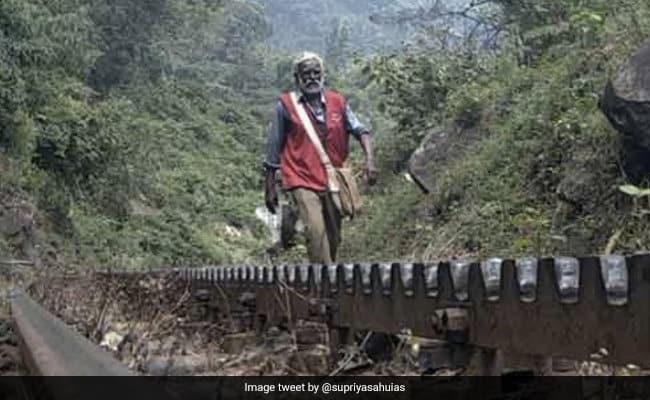 Braving not just thick forests and tough terrains, but also possible attacks by wild animals, D Sivan trekked 15 kilometres almost every day for 30 years to deliver letters to a remote area of Tamil Nadu. Now, the postman is hanging up his well-used boots after three decades - and his dedicated service is being recognised and applauded on social media.

D Sivan delivered letters to inaccessible areas of Coonoor - a feat that required him to walk through thick forests and cross slippery streams. Not only did he do that for his job, he also faced the possibility of attacks by wild animals and has been chased by elephants, bears and gaurs during the course of his service to the India Post.

IAS officer Supriya Sahu took to Twitter on Wednesday to laud the postman who did his duty with "utmost dedication".

"Postman D Sivan walked 15 kms everyday through thick forests to deliver mail in inaccessible areas in Coonoor," she wrote. "Chased by wild elephants,bears, gaurs,crossing slippery streams and waterfalls he did his duty with utmost dedication for 30 years till he retired last week."

Postman D. Sivan walked 15 kms everyday through thick forests to deliver mail in inaccessible areas in Coonoor.Chased by wild elephants,bears, gaurs,crossing slippery streams&waterfalls he did his duty with utmost dedication for 30 years till he retired last week-Dinamalar,Hindu pic.twitter.com/YY1fIoB2jj

Many in the comments section praised Mr Sivan for his dedication and thanked him for his service, while others said that his service should be recognised with an award.

his role in nation building is much appreciated.kudos to his commitment

Best Wishes to Mr Sivan for his post retirement life. Amazing service rendered by him. This will be boosting our younger generation to perform their best. He would be role models to many. God bless Mr Sivan!!!