Can You Find The Curved Line? This Optical Illusion Has The Internet Baffled

Sharing an image that shows multiple green lines forming small boxes on a granite background, the Twitter user asked others to find the curved line in it. 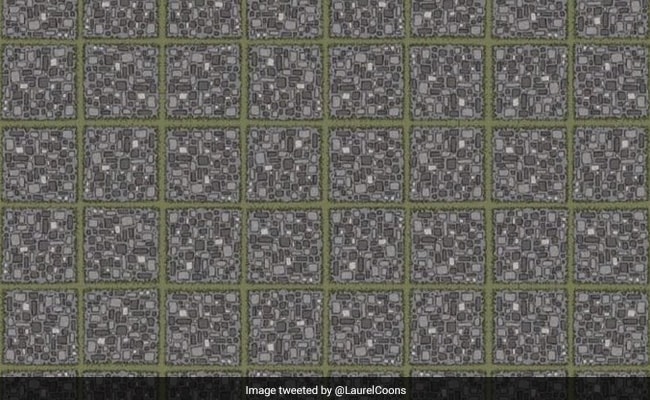 One of the most interesting things about social media is the rise of riddles and puzzles. They get people perplexed, bewildered, baffled and yet hooked to finding the answer. The harder the riddles are the more they attract people's attention. The Internet is filled with them. But a new optical illusion is making people scratch their heads in confusion. Shared by Laurel Coons, a genomics researcher, it's an image of what looks like a textured granite block with multiple green lines. These thin lines divide the block into several tiny boxes.

Ms Coons asked her Twitter followers to “find the curved line”. Warning: the task is tricky. A passing glance shows all the lines to be curved. However, the moment we focus on any one of them in particular, the line becomes straight. The optical illusion has left Internet users intrigued. See for yourself:

Looking at the pic, people could not hold back their bewilderment.

“Me going in with 10 seconds of confidence...only to realise that 13-second me is a fool and a failure,' said another, capturing the essence and aim of almost every riddle.

Me going in with 10 seconds of confidence.. only to realize that 13 second me is a fool and a failure

A person said that all the lines appeared straight to her. “Looks like the background against the lines is causing an optical illusion making some of the lines look curved.”

Some others shared their frustration in understanding and comprehending the puzzle through GIFs. Check some of them below.

Why can't I see the sailboat?!?!? pic.twitter.com/949mErQiqR

The illusion was created by Lesha Porche, who shared it on her Facebook page earlier this month.

This is not the first time a riddle has caused a stir on social media. Earlier this year, a viral riddle made people refresh their understanding of mathematics. The puzzle is simple: Two "100" numbers are written on a piece of paper and the goal is to turn them into "200" with one line.