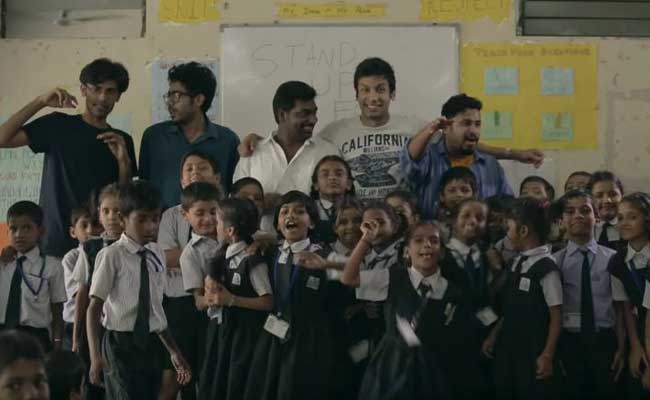 They've enthralled audiences with their impeccable comic timing and hilarious world view. But can they impress a bunch of school kids?

The comedians learn first-hand that getting a laugh out of the young ones is way harder than getting grown-ups to react. "Yeh pehli audience hai jo premise pe zyada hasti hai, punch line se," Abhishek Upmanyu notes.

The children even called them out on having notes scribbled on their palms. Bachchon ke saath cheating nahi chalegi, boss.

Among the things that worked was slapstick comedy involving a lot of tumbling around and miming. What didn't work - most of their jokes.

You have to watch the video to see these children heckle and rag seasoned comics. Lesson to keep in mind: kids these days are smarter than you think.